Home > Published Edition > Volume 8, 2018-2019 > What to Expect From US-Latin America Relations in the Era of Bolsonaro? by Nicolás Albertoni and Luis Schenoni 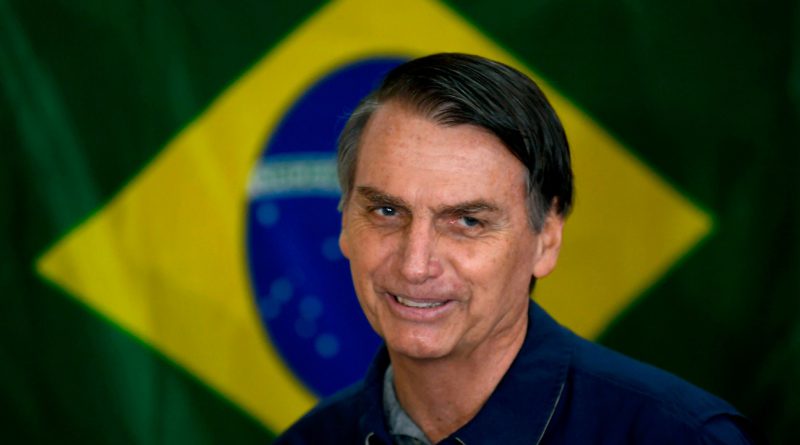 This article will appear in the forthcoming Spring 2019 edition of the Latin America Policy Journal to be released on April 2019. You can order the edition here.

A new political juncture brews in Latin American countries, amidst the rise of populist leaders and a general discontent with the ruling parties and elites of the past few decades. This article explores how, despite the notable challenges ahead, the current situation could also open opportunities by shaking up the status quo of regional integration, both in the political and economic realms. In particular, we reflect on the role the US played in the region during the past decades, and – more importantly – what this role could be in the “Era of Bolsonaro” that began on 1 January 2019.

The Latin American political landscape has changed in fundamental ways in the recent past. The rise of partial outsiders – on both the left and right of the political spectrum – and a general backlash against decades of corruption have converged in a veritable critical juncture. Most analysts have highlighted the uncertainty and potential problems that rising populism could bring. We provide a more cheerful assessment, looking at the strategic opportunities that current changes could open for both Latin America and the US. In particular, we notice that the rise of populist leaders (such as Bolsonaro and López Obrador) and business-friendly figures (such as Macri, Piñera, and Duque), together with the prospects of regime collapse in Nicaragua and Venezuela, could be the right catalyst for reestablishing the foundations of cooperation in the Americas. In this context, the dawn of a new era of pan-American cooperation could be fostered by re-launching a regional integration initiative – one not necessarily focused on trade issues but on strategic alliances in key areas for both sides of the Americas (e.g. educational programs, technology, and innovation).

In the current context, launching a “Strategic Alliance of the Americas” could also open a major window of opportunity for the US to challenge the increasing economic and political presence of China in the Western Hemisphere. While the US remains Latin America’s largest trade partner, China displaced the EU as the second largest in 2018. Measured as a percentage of Latin American GDP, trade with China has grown from 0.5 percent to 2.5 percent in the past two decades. Meanwhile, the volume of trade between the US and Latin America has remained the same. In the financial realm the situation is similar, with Chinese investments and loans seemingly moving to those places where US economic presence is waning.[1] During the past two decades, Latin America’s new international trade agreements have been concentrated with Asian countries and not with the US.[2] China has also increased its engagement with Latin America in strategic areas such as infrastructure, energy, science, technology, and innovation,[3] slowly undermining the American position. The political correlate is clear in the current Venezuelan crisis, with China being the main economic supporter of the Maduro regime.

Apart from the strategic implications of this “Strategic Alliance of the Americas,” Latin America has its own challenges the US could help address – while at the same time reaping economic benefits. Interestingly, in the global context of protectionism and the lack of multilateral integration, the Western Hemisphere has 33 regional agreements in force.[4] However, one of the main challenges here is fragmentation of rules among these sub-regional initiatives. This lack of convergence among them has been one of the main reasons it is so difficult for the region to develop global value chains.[5] If the Western Hemisphere could take the US market as the first step to work on these rules’ convergence, they could be not only resolving a sub-regional problem, but also developing better rules and creating a better economic global value chain in the Americas, which would clearly be a win-win scenario for both sides.

What does the theory say about the prospects of enhancing US-Latin American relations? The analysis of the signature of trade agreements in Latin America suggests two straightforward conclusions: When presidents are relatively powerful compared to domestic interest groups opposed to these agreements, signature is more probable. Conversely, when presidents are relatively weak and entrenched groups grow stronger relative to them, expansions and retractions of these trade agreements are more difficult to achieve.[6]

Take, for instance, the case of the Southern Common Market (Mercosur). The major trade agreement in South America took place at a juncture that was very similar to the present in many respects: The presidents of Argentina and Brazil (the two major members) were facing a daunting scenario of economic crisis and trying to implement profound economic reforms. In Argentina, Carlos Menem (very much like Mauricio Macri now) was a partial outsider, who unexpectedly rose to the presidency, coming from an obscure branch of Peronism. In Brazil, Fernando Collor de Mello (like Jair Bolsonaro today) was also an outsider who did not belong to any of the major Brazilian parties. These delegative presidents rapidly amassed substantial power and, seeing the necessity for reform – primarily to reduce inflation and thus boost their electoral support – they sidelined the major economic groups in their countries to sign the Buenos Aires Act on 6 July 1990, which established formal mechanisms for the creation of a common market between the two countries.

This story – a story of reformist leaders at the height of their power opposing entrenched domestic constituencies that favor a closed market and thus achieving free trade – is something of a rule in the region. Progress in liberalizing trade between Argentina and Brazil, for instance, was also achieved when dictators Figueiredo and Videla (1980), elected presidents Alfonsín and Sarney (1985), and later Cardoso and Menem (1994), were at the peak of their power and gathered popular support against those groups. Many Latin American countries might have already entered one of these phases, and depending on the results of general elections scheduled for 2019 (in Argentina, Bolivia, El Salvador, and Uruguay), and the resolution of the Venezuelan and Nicaraguan crises, the opportunity for re-launching a Free Trade Area of the Americas (FTAA) could be even greater.

Finally, a question that arises today is: why did the FTAA not succeed in the 1990s, and why would a “Strategic Alliance of the Americas” succeed now? The answer might be in another factor that has radically changed. Back in the early 1990s, Brazil was the main opponent to what George H. W. Bush called the Enterprise for the Americas Initiative. In fact, the idea of Mercosur most probably emerged as a compromise developed by protectionist Brazilian bureaucrats. It was designed to please the president’s call for an overture while protecting Brazil’s position as the biggest market in its bloc; it impeded Argentina, Paraguay, and Uruguay from adhering to the FTAA due to Mercosur’s unanimity clause. It is unlikely, however, that Brazil would block a new FTAA now. First, Jair Bolsonaro has declared his intention to scrap Mercosur. Second, he has made it clear that he wants to please the US, even suggesting the concession of Brazilian territory for a military base. With Brazil on board, little could stop the new deal.

In sum, if there is anything that this new political “attunement” on both sides of the Americas can do for a prosperous future of US-Western Hemisphere relations, the key is to take advantage of political momentum. Leaders must reestablish the foundations of cooperation throughout the Americas based on a new development agenda, one that goes well beyond political parties and current leaders. Such development could positively impact both sides of the Americas, offering greater political and economic certainty to all.

Nicolás Albertoni is a Ph.D. Candidate in Political Science and International Relations at the University of Southern California and associate researcher at the Catholic University of Uruguay. He studies the political economy of trade policy, protectionism, and economic integration, with a regional focus on Latin America.

Luis Schenoni is a Ph.D. Candidate, Department of Political Science at the University of Notre Dame, where he studies state capacity, regime change, and foreign policy analysis, with a regional focus on Latin America.