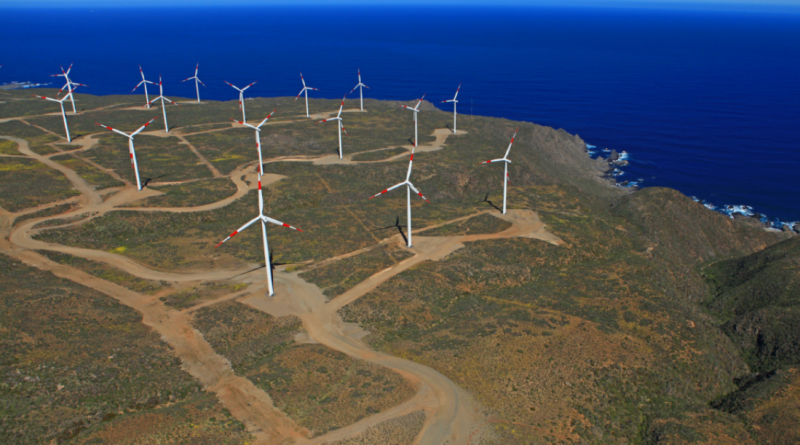 Calls for a green industrial revolution and transition away from greenhouse gas (GHG) emitting forms of energy are anything but novel. The newest to make the call is the International Energy Agency (IEA), which calls in a 2021 report for immediately halting oil and gas development and achieving net-zero emissions from electricity generation by 2040.1 As states and leaders embark on long-term commitments to decarbonize the global economy, fossil-fuel-dependent states unprepared for a green transition may face significant losses in their revenues and overall economic activity.

World Bank data shows that 20 countries across Latin America, Africa, and the Middle East rely on oil rents for more than 10% of their GDP,2 and a considerable gap exists among countries in their level of preparedness for a low-carbon transition. However, there is a momentous opportunity for some of these same countries. Many oil exporters have the technical and political capacity to cultivate an indigenous clean energy industry through supply-side and demand-side market formation policies that nudge actors to participate in niche industries. Three worldwide cases illustrate actions that oil-dependent Latin American countries like Mexico, Ecuador, or Colombia could be carrying out to develop local clean energy markets.

The UAE is one of the least exposed and most resilient of the major oil exporters. It is an OPEC member with a $358 billion economy and nearly 98 billion barrels in oil reserves.4 Over the last decade, the UAE has sought to establish a solar energy market through public procurement while supporting the growth of a private market segment with export potential. Nevertheless, solar energy only makes up for 2.6% of the country’s electricity generation as of 2019. Growing the solar energy market could free the UAE from its dependence on natural gas imports from Qatar, minimize its reliance on domestic energy subsidies, and contribute to its growing role as a leader in renewable energy.5 The formation of a sustained solar energy market in the UAE is contingent on government support which can incentivize already well-developed financial and manufacturing expertise to enter the solar energy sector. Once the indigenous solar industry has absorbed know-how on manufacture, financing, and project development, the UAE will be well-positioned to enhance its role as a leading developer for solar and other renewable energy projects in the developing world.

Brazil’s $1.4 trillion economy and oil production is the largest in South America. It is a similarly resilient and less exposed country with a relatively long history of investing in clean energy. Brazil’s central government has played an essential role in elevating its status as the world’s second-largest ethanol producer, exporter, and market after the U.S. 6 By leveraging its sugarcane industry, Brazil has embarked on multiple efforts to reduce its dependence on fossil fuels with a domestic ethanol industry. ProÁlcool’s supply- and demand-side policies led to the first explosion of the ethanol industry in the 1970s, and the 2011 PAISS Industry program led to a revival and second explosion.7 PAISS was a supply-side focused effort designed to promote the research, production, and sale of new technologies to process sugarcane biomass, particularly second-generation ethanol (2GE). On the demand side, Brazil’s novel RenovaBio decarbonization credit trading market seeks to increase domestic ethanol consumption and create new sources of revenue by establishing mandates and incentives within and outside the biofuels industry.8 While new revenue sources and increased domestic consumption are important, Brazil’s market participants and government must look past its borders for continued growth that accelerates the green transition through 2GE and other advanced biofuels.

Lastly, Texas has acted on its incredible wind potential by implementing pro-market policies and laying the groundwork for the wind industry. It has over 135 GW of potential wind capacity and 33.133 GW of installed wind power capacity, the most of any U.S. state, with another 4.418 GW under construction.9 In 1999, Texas passed the Texas Electric Restructuring Act, leading to an immediate transformation of West Texas. The bill had several important “firsts” including (1) a renewable energy mandate of 2,000 MW of renewables capacity by 2009, (2) an emissions reduction mandate, and (3) a renewable energy credit trading program.10 Six years later, Texas funded the construction of new transmission lines in designated Competitive Renewable Energy Zones (CREZ) to bridge 18,500 MW of wind energy with end-user consumption.11 These government-led market formation efforts have spilled into other economic activities and begun spurring entrepreneurial activities and the development of knowledge networks.

Market formation does not occur serendipitously or equitably without direction. Solar PV in the UAE, biofuels in Brazil, and onshore wind in Texas demonstrate that state-led intervention is necessary but cannot be single-sided, meaning it cannot focus solely on demand or supply. Instead, for new markets and market segments to form, especially ones that compete and displace an incumbent socio-technical regime, both suppliers and consumers must be incentivized to enter the market.

These examples show that long-term, incremental policy guidance, and frameworks are essential for supporting a niche market and creating new market segments, as is the entrance and activity of private enterprises. On the demand side, governments can subsidize or award consumption and end-use, or even act as market participants. On the supply-side, tax credits, loans, grants, or other monetary incentives for specific technologies can help push actors into market formation efforts.12  It is unlikely that an export-competitive clean energy industry can achieve rents on the same level as oil exports. Nevertheless, such an industry and its export revenues can mitigate the impact of any future decrease in oil rents and export revenues.

The state cannot be the sole leader and actor if a self-sustaining market is an objective. Governments, consumers, and industry must work together to identify and implement the most attractive incentives for clean energy technologies to establish and maintain a foothold in oil-dependent states to move the world to cleaner and greener technologies.

Furthermore, the development of these markets must be done in a way that reduces external threats during their nascent stages while preparing them for competition in markets that rely heavily on fossil fuels. Replicating these cases is most feasible in countries that can support clean energy infrastructure and private enterprise activity. Doing so can position these countries and the broader Latin America region to grow and prosper sustainably as the world continues down the greener path of a low-carbon transition.

Alfredo Ramirez is President of ALRAS Digital, COO of Prosal, and a recent MALD graduate from the Fletcher School at Tufts University. He is a multilingual Venezuelan-American grassroots organizing and digital strategy expert that has spent a decade advocating for equitable solutions to problems ranging from the energy transition to climate change and procurement in the U.S. nonprofit sector. Outside of his work and studies, Alfredo is a multilingual backpacker, mountain biker, motorcyclist, and writer. His past works have appeared in the Huffington Post, Berggruen Institute, Climate Policy Lab, and Fletcher Forum of World Affairs.
Twitter: @miehdahl