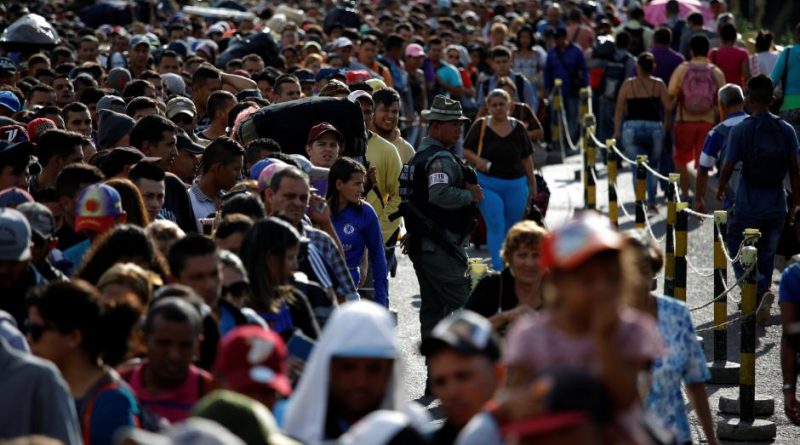 Venezuela is facing one of the biggest social collapses in modern history. The combination of economic and political unrest has mobilized millions of Venezuelans to leave their home and families behind to seek a better future, mostly to Latin American countries. With conservative estimates from around 2.6 to 3.4 million, though some reach as far as 5 million, the exodus represents the depart of 7% to 10% of the country’s total population in only three years.[1] Moreover, according to a recent poll by Gallup, 40% of the remaining Venezuelans would move to another country if they could.[2] Therefore, we can expect millions of more Venezuelans fleeing their country in the following years. This case currently constitutes the second largest migration crisis in the world, after the Syrian civil war, and the largest migration crisis our region has ever witnesses in the past century, if not at all.

For our region, the challenge appears to be bifold. Countries such as Colombia, Brazil or Peru  are dealing with a case of massive scale human deprivation. Refugees are fleeing from a country that is collapsing, and receiving them implies finding solutions to nutritional, health, education and housing emergencies. On the other hand, as can be seen during the last months through incidents in the Venezuela-Brazil border, or as recent polls appear to show in Peru, there is an increasing insatisfaction in host countries regarding migration, particularly concerning its short-term effect in local labor markets and service provision.[3] In this context, policy responses have to provide solutions to swiftly avoid a human tragedy and integrate migrants to their host communities, while also prudently communicating the strategy to avoid a negative turn in public opinion that could result in political backlash.

For countries accustomed to net emigration, policy responses will also face the challenge of building the required capabilities within bureaucracy for successful implementation. Policy areas such as education, health or labor all require multiple government agents to engage in “transaction-intensive” activities, that is interventions that require multiple interactions with users, and it is not clear to what extent are recipient countries prepared to successfully deal with increasing waves of migration.[4] While a temporary shortage of finances might be solved, for example, by a loan from a multilateral organization, the latter will not resolve the question of how to build the necessary government capacity at each necessary level to face this challenge.

At a regional and country scale, urgent action is needed to face an unprecedented crisis. Venezuela’s collapse is far from over and more emigration should be expected in the next years. Increasing distress is likely to unleash new waves of migrants across the continent. Coordinated action between governments and regional institutions is likely to help develop better practices to achieve the integration of migrants. What is undeniable is that our region’s policymakers can’t turn a blind eye to Venezuela’s crisis anymore, and that it is theirs and our responsibility to help our neighbors in this time of need.

[2] Gallup, “Four in 10 Venezuelans Would Leave Venezuela Behind,” Gallup.com, 2018, https://news.gallup.com/poll/228338/four-venezuelans-leave-venezuela-behind.aspx.