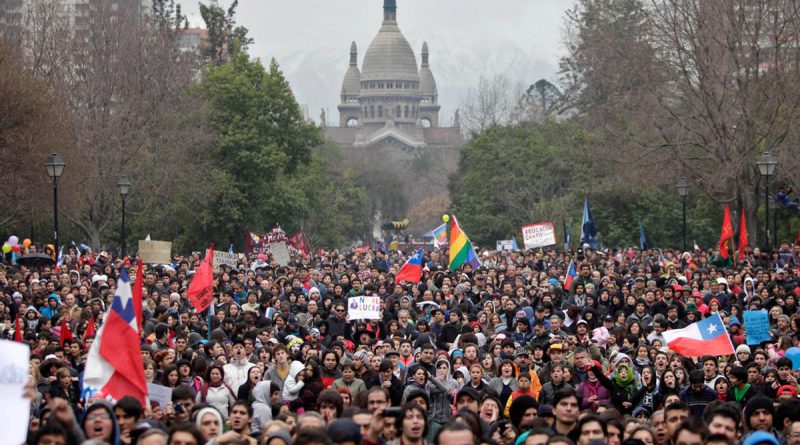 Before 2015, charter schools[1] in Chile were able to select prospective students based on the socioeconomic status of their families, revealed through the ability to pay a copayment;[2] and on other requirements, such as personality tests, admissions tests, marriage certificates, baptism certificates and others[3], that allowed the schools to discriminate against children whose families could not meet an arbitrary set of “desirable characteristics”. However, given the public nature of the funds these schools receive from the government, no children should, in theory, be left out from any school for reasons beyond the lack of new openings.

In 2015, the new “Inclusion Law” was enacted.[4] The law eliminated copayments, ad-hoc admission processes and for-profit aspirations for schools funded by the Chilean State. The new admissions system centralized the applications by requiring families to select and rank schools by preference, to then allocate the children to them. The policy was implemented in 2016 for the Magallanes region and in 2017 for four other regions, but it has still not been implemented in the capital, Santiago, which is the largest and most complex city in the country.

The results in 2017 were promising: 85% of the children got selected into one of their preferred schools and 58% got accepted to the school they preferred most.[5] These results are very similar to those seen for New York City in 2004, for the first year of implementation of a very similar school admissions process[6].

Given the absence of a proper baseline study, it is difficult to assess whether the results of the reform are better or worse than those of the previous setting. However, the interaction between parents and the system has changed. Before, when families applied to a school and were not selected, they would hold each school individually responsible for that. Now, the mere existence of a centralized system has allowed them to target their frustration towards a single institution, even though that under the previous admissions system they would have not been able to meet the requirements to get their children admitted to many schools.

This coalition of discontent parents has put pressure on the current administration, especially on the Ministry of Education, where ministers last just over a year in office. In particular, the current minister has expressed her willingness to return to the previous admission process (based on selection over specific criteria).[7] Thus, one cannot help but wonder if this administration has the incentives to see the new admissions system fail before its natural course of implementation reaches Santiago, where the political risk of a backlash would be higher.

More so, the political parties that make up the coalition in government have exploited the small percentage of children that were not selected as an argument to move away from the progress towards greater inclusion and equity that received the support from the OECD in 2017.[8] The system has been declared failed by representatives of one of the government’s parties and it has been compared to a raffle,[9] making it seem that a process that allocates children into schools based on their family’s preferences, or whether they have siblings in the school or if belong to a vulnerable group in society is an admission scheme that works by chance.

The new admissions system is part of a process towards equity and inclusion in education that has lasted more than ten years. Thus, the problems that are arising due to its novelty and its implications for the families should be further analyzed before jumping into solutions that might maintain the levels of segregation in the country. Therefore, the government must learn more about why the policy is not working properly before declaring it failed.

[1] Privately owned schools that receive funds from the state. 50% of schools in Chile work under this scheme.

[2] Additional monthly payment made by parents to the voucher received by the state.