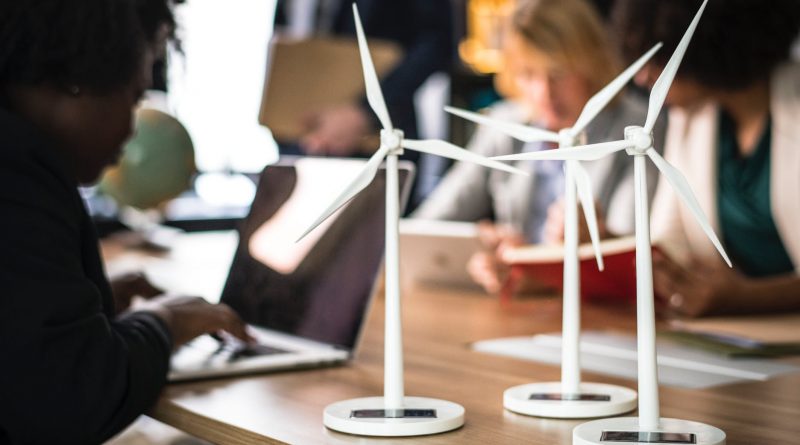 Carlos is an MPAID class of 2018 alumnus. He was an Energy Sustainability Scholarship recipient by the Mexican Federal Government. Before HKS, he lead the Getting Electricity and Dealing with Construction Permits indicators in Spanish-language Doing Business reports at the World Bank.

Saturday, June 2nd, 2018, the day I flew back to Mexico City hoping to finally settle here. I had spent two years in Boston, at the Harvard Kennedy School, and before that, another two years at the World Bank, in Washington DC. On Sunday, I went to a committee meeting in my apartment building. The pressing issue? The water bill, for the third time this year, was insanely high and shady (MXN 61,000; around USD 3,000). People were complaining. It was a “mistake” in the water utility’s system that officials had been unwilling to correct for the past four years. So, we agreed to pay a bribe to “correct” that “mistake”. It was not ideal, but this is how things get done in Mexico. And I know that. My academic work on red tape and corruption hindering clean energies deployment in Mexico had just won a best thesis award the week before.

I worked four years in Mexico in improving regulations and business environments across the country. In 2014, while at the World Bank, I was in charge of analyzing the Spanish electricity market. That was also the year when Mexico opened its energy sector to private investors. As the country needed new talent to face an evolving sector’s new challenges, the Energy Ministry awarded me with an Energy Sustainability Scholarship when I was admitted to Harvard. Appropiately, I wrote almost all my academic assignments about the Mexican Energy Reforms (2013-2014). And these assignments put me through emotional rollercoasters. I was initially delighted when the third Renewable Energy Auction’s outcomes went public: on paper, Mexico had secured the lowest solar and wind energy prices in the world. In the world!

“This is what happens when you allow competitive private firms in a sector that was mismanaged by a state-owned company for decades,“ I thought, allowing myself a modicum of hope. But the cheapest prices in the entire world? Dr. William Hogan, my Electricity Markets Design professor and one of the world’s most respected energy pundits, was skeptical. “If these prices are real and the projects come online, Mexico could single-handedly tackle climate change, which would be amazing for the entire world,” he suggested as I was looking for a dissertation topic. “But it seems too good to be true. Why don’t you take a look into that?”

I hesitated, considering the many times my country had let me down. But I needed to take a closer look.

Alas, my professor’s skepticism was sound. By all accounts, Mexico should have low clean energy costs. It is rich in sunlight and wind power, and it also has cheap but competitive labor. National laws now welcome outside competition and promote clean energies. Yet, cheap and clean energy has barely made a dent in the country’s energy resources. Mine remains a country crippled by payoffs, corruption and layers of red tape. All have prevented energy companies from establishing price competitive solar and wind power plants.

Clean energy firms hope to enter the market through Renewable Energy Auctions. Simply put, electricity utilities –the federal state-owned one, predominately- announce a demand for electricity and the renewable energy firms submit competitive bids to supply it. Long-term contracts (15 years) strengthen the firms’ investment confidence –given that solar and wind plants have high initial capital costs– and allow the utility to secure low and stable electricity prices in the long-run. This is known as Power Purchase Agreements (PPA). However, in Mexico there is a significant gap between auctions’ design and implementation.

Three awarded renewable energy firms –Électricité de France (EDF), Zuma and AR Sun Energy (in association with Jinkosolar)– all complained to me that red tape is suffocating their projects. The firms dealt only with federal agencies during the auctions, but once awarded, they also needed to deal with state and municipal governments to obtain construction permits. EDF and AR Sun Energy had their projects stopped by municipal authorities asking for outrageous permits’ fees.

In January 2017, Javier Villeda, EDF’s development manager, started the permitting process to build a 344 hectares’ solar plant in Empalme, a municipality in the state of Sonora. The project required 16 construction permits from 13 different agencies at all levels of government –federal, state, municipal and even private concessionaries. It took one year, as EDF leafed through layers of bureaucracy, applying, for example, for an environmental permit at the federal level and then another one at the municipal level. When the firm requested its first municipal construction permit, officials, who had no category that fit the type of project –neither in the development (zoning) plan, nor in the fiscal code–, chose the “high risk industrial storage plant” category to describe the solar plant. The municipal permits’ price tag: USD 5.5 million, 20 times more than what the company had estimated. There was simply no possibility for EDF to supply cheap electricity with those upfront costs. Were it not because the firm sought for help with state officials that facilitated a permits’ fee agreement between municipality and EDF, the project would have been stopped.

But firms in Yucatan were not as fortunate. AR Sun Energy had also to request a municipal environmental permit, despite already having a federal one. The firm was asked to pay USD 500,000 for that single permit. “It becomes a titans’ clash,” said Hoover Patiño, AR Sun Energy’s CEO. “Who is stronger? The bureaucratic and corrupted system or we, the large multinationals? Sadly, the corrupted system has won so far.” AR Sun Energy’s project is currently suspended, and he argues that most projects across the country are at best delayed.

The numbers back up his claim. According to the System Operator’s –and auctioneer– CENACE and BNAmericas’ data, out of 36 solar and 13 wind awarded projects between 2016 and 2017,[1] only one had started operations as of May 2018. The World Bank’s Enterprise Surveys also show that firms expect to pay higher bribes for municipal permits in Mexico than in the Latin American region. Latin America! Not even the OECD countries Mexico likes to compare itself to!

The country designed its electricity market and Renewable Energy Auctions based on international best practices, but it was short-sighted to its old-style corruption and red tape problems. As much as Mexico wishes it were (or pretends to be) a developed country, it is simply not.

Politicians and policy makers urgently need to address renewable energy firms’ clashes with local governments. Ultimately, only when these firms start supplying cheap and clean electricity to the grid, citizens’ and businesses’ electricity bills will decrease sustainably and without subsidies. This is one of the Energy Reforms’ main objectives.

For this to happen, I propose three solutions. First, a federal agency –the Regulatory Improvement National Commission, CONAMER (previously COFEMER)– needs to get involved in this type of conflict across the country to help resolve them rapidly. Simultaneously, the agency needs to assist local governments in patching local regulation loopholes to minimize officials’ discretion. The lack of coordination and information sharing across agencies –within and across government levels– is the main reason why no substantial progress in solving this issue has been made so far. Second, administrative backlashes can be overcome by conducting (or at least piloting) site-specific auctions. That is, the auctioneer has a land and site ready, with all the approvals secured –federal, state, municipal and even interconnection ones- for firms to bid for and develop a specific project. For instance, a site is ready for a solar plant to be developed and whichever firm wins the auction, builds it. This solution will take the permitting problem out of the firms’ table. Moreover, these type of auctions are commonly held for wind farms in Europe and solar plants in the United Arab Emirates. Third, a one-stop shop to ease obtaining permits for the awarded firms could also ease this process. This recommendation, however, is more difficult to implement, as it requires smooth coordination among the three government levels, when there is practically none at the moment.

Ideally, renewable energy projects’ development should not be hindered by outdated regulation and corrupt authorities. Regulation should be transparent and not open to officials’ interpretations; it should be efficient, but not non-existent. Only then, red tape and corruption opportunities can be minimized.

Mexico’s clean energy transition is ambitious, yet possible. The country has the natural resources and (still) investors’ confidence. That said, Mexico needs to stop pretending being a developed country and start planning energy policy according to its political context, technical and administrative constraints. Blindly copying international best practices derives in poor outcomes. Proof of that are the Renewable Energy Auctions’ shortcomings.

It is now September 2018, three months after I arrived in Mexico. My building’s management decided in the end not to pay the bribe, but to hire an expert in solving this type of issues (gestor). Not surprisingly, at least to me, our “system’s mistake” has not been resolved. Our water bill should arrive any time soon; I get anxious and frustrated every time I think about –and try to guess- the amount. My empathy towards the renewable energy firms grows the longer I stay in this country. How many more months, or even years will this take? Will we throw the towel soon and pay the damn bribe? It is not sustainable for our building’s finances to pay USD 3,000 water bills. Ultimately, we know how things get done in Mexico… And so does every firm.

[1] More bids were awarded, but some of them entailed bigger projects. For instance, I merge Parque Eolico Chacabal I and II, which were two different awarded bids, into one project.