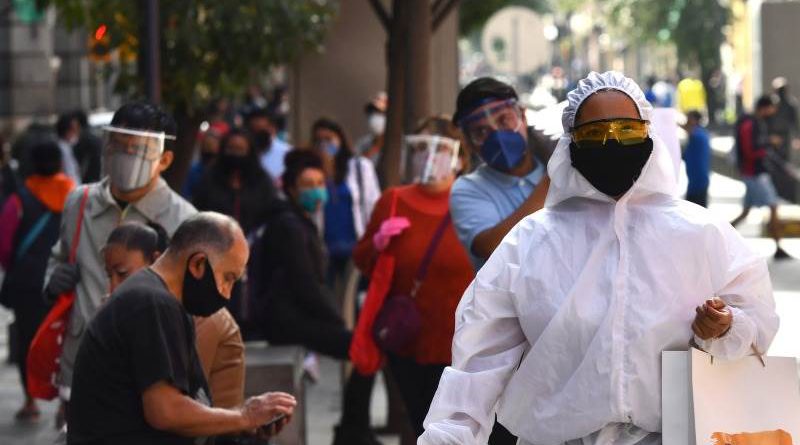 Posts
November 2, 2020 Covid, Health, Latin America, Mexico
Luis Eduardo Borges Sánchez
Luis Eduardo has a major in International Relations by the Universidad de las Américas Puebla, and is currently studying a research Masters program in Public Opinion and Political Marketing by the Government Sciences and Strategic Development Institute of the Benemérita Universidad Autónoma de Puebla, the only Public Opinion Masters Program in México. His research addresses the influence of media exposure to the public opinion about the federal government intervention to control the COVID19 crisis in México and he is currently looking for Public Policy Analysis doctoral programs to expand his research to the fields of public policy and media.

National polls ran by some of the most renowned national newspapers in México, show that the level of acceptance of the president Andrés Manuel López Obrador is one of the highest in the country’s history. Nevertheless, a highly polarized public opinion about federal government intervention is observable. Considering some research made by the author, it is possible to propose some insights about the probable influencing factors in the creation of the Mexican public opinion about the federal government intervention to control the pandemic crisis.

The COVID19 pandemic began to develop at the end of 2019. In Mexico, the first case of contagion was confirmed on February 28, of 2020 and on March 18, the first death was reported. During the initial stages, the Mexican federal government guaranteed control of the situation in the national territory through press releases published in the archive of the official website of the Ministry of Health. According to these bulletins, since January of this year, a series of actions were implemented nationwide with preventive purposes, such as preventive travel notices, identification of suspicious cases in international passengers from China, as well as diagnostic protocols that were aligned with the recommendations of the World Health Organization (WHO), the latter implemented by the Institute for Epidemiological Diagnosis and Reference (InDRE). As of January 23, the Ministry of Health began issuing bulletins entitled “daily technical communications”, in which it reported to the public day by day with maps and graphics the progress of the pandemic at a global and national level. It was until March 19 that the condition of “SARS-CoV2 virus (COVID) disease epidemic” was officially recognized in Mexico, being declared a serious disease of priority attention, and on March 23 it was put into action the “Jornada Nacional de Sana Distancia”(National Campaign of Healthy Distance), a series of basic prevention measures that would culminate on April 19, 2020, but which ended up being extended until May 30 of the same year.

Although official information has continued to be published constantly on the official website of the Ministry of Health, the most efficient form of communication implemented by the federal government has been through its popular press conferences. Initially, President Andrés Manuel López Obrador was in charge of communicating through his morning conferences, so-called “Mañaneras” the progress of the pandemic and the government strategies to deal with it. Subsequently, as of March 13, the decision was made to grant a special space to the federal health authorities to provide more details to the Mexican population about the sanitary emergency. It was then that the head of the Undersecretariat of Prevention and Health Promotion of the Ministry of Health of Mexico, Hugo López Gatell began to lead evening conferences at the Government Palace to fulfill these purposes.

According to a study yet to be published by the author, based on survey analysis, there is a differenced correlation between media exposure to COVID19 information through different media platforms such as traditional mass media (print media, television, and radio), social media (Facebook, Twitter, Whatsapp, and Youtube) and government sources (Presidential morning press conferences and the Undersecretary of Prevention and Health Promotion of the Ministry of Health of Mexico, Hugo López Gatell afternoon press conferences). The results showed that the more people are exposed to information about COVID19 through government sources, the better the opinion about the federal government policy is. As basic as this kind of correlation might seem, its implications are quite interesting: Mexican government’s narratives are being highly persuasive. Even more than the media’s narratives.

To this day, Mexico appears as the fourth-highest country in the cumulative deaths in the World Health Organization Coronavirus Disease Dashboard, with a total of 88,743 deceases. Opinion leaders, journalists and even social media influencers continue accusing the government´s management as poorly handled, and yet, it seems to be that the Mexican population tends to be more easily influenceable by the government’s communication than by the media’s disapproval discourses. Why? This social phenomenon could be explained by analyzing, among some other concepts, the way partisanship shapes public perceptions and the policy narratives.

As stated by Branham, there could be 3  particular differences in the behavior of the citizens, depending on their partisan preferences: “government action monitoring, information processing and changing of preferences to align with government policy”(2018).  These arguments help to establish a theoretical relationship between the high level of public acceptance of the Mexican president and the highly influential power of their administration’s discourses, regardless of their policy’s measurable outcomes. A tendency of preference toward the president´s party (MORENA) could then lead to a more favorable evaluation of the federal government´s policies, to a more influenceable perception when exposed to government’s discourses and to a more relaxed observation of the policy’s objective outcomes. This approach still fails to offer an explanation on the government’s persuasive power over those whose partisan preferences differ from the president’s party.

To address this interrogative, the recent study of the Narrative Policy Framework might result appealing. Shanahan´s(Shanahan, Jones, Mcbeth, & Lane, 2013) research about how policy narratives can shape public opinion establishes a coherent explanation of the influence of government’s discourses. (p. 458), Her work describes several narrative strategies, and it is possible to observe at least three of them being used in the daily press conferences held by the president and the undersecretary López Gatell: statement of a problem, hero, and evidence. (fig 1.1).

Although there has been critic over the pandemic management by the Mexican federal government, and it is possible to observe a flawed health policy, the persuasive narratives of the Mexican federal administrators are proving to be highly effective. Along with the need to clarify that this phenomenon needs to be approached considering its conjunctural elements, comes the proposal that the influence of the government’s discourse could be studied addressing concepts such as partisan preferences and policy narratives in future research.