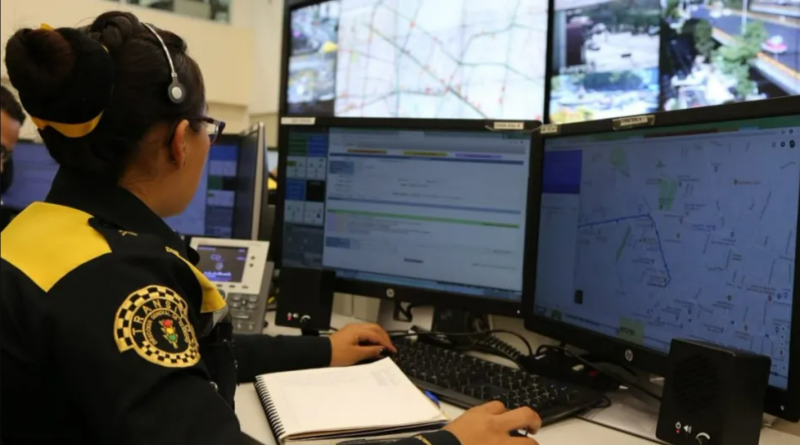 Crime, violence, and a weak rule of law are among Mexico’s most pressing issues. In 2018, the country was ranked 99 out of 102 countries in terms of Order and Security in the World Justice Project Rule of Law Index (WJP 2019). Mexico City is not the exception, where crimes have increased by 58% in the last decade. Although it is not one of the most violent states in the country, it still ranks second to last in the perception of public safety (INEGI 2019). There are many reasons for this perception. For example, the capital is at the top in terms of kidnappings (2nd), extortion (9th), and burglary (1st).

Over the past decade, Mexico City’s authorities focused on increasing police presence and providing a more immediate response to crimes. However, this strategy was not effective, and metrics such as crime rates and perception of public safety remained steadily high. The new administration (2018-2024), led by Claudia Sheinbaum, instead opted for improving the coordination of all law-enforcement efforts and inter-agency organizational processes. Sheinbaum’s plan consisted in ensuring inter-institutional information sharing and designing, collecting, and processing it to respond to larger common ends.

Mexico City’s crime data was primarily collected and managed by three different agencies: the Secretariat of Security and Civilian Protection (SSC), the Emergency Center of Mexico City (C5), and the Prosecutor’s Office (FGJ). However, given the variability in tasks, responsibilities, and interactions with victims among the different agencies, the information captured by each of them was not uniform nor compatible, which limited the scope of cooperation.

As the main agency tasked with preserving and protecting the public order, the SSC relies on crime-intelligence analysis to understand crime problems and improve police operation strategies. With informal agreements between the SSC, the C5, and FGJ, the police have analyzed and understood crime patterns by focusing on geography, repeat off­enders and criminal organizations, and more recently in high-value targets through signals intelligence[1]. However, this collaboration relied on inter-agency data-sharing that depended on the goodwill of the parts and was susceptible to administrative changes.

In 2019, Sheinbaum’s administration created the Public Agency for Digital Innovation (ADIP), responsible for leading, designing, and monitoring the implementation of policies for data management, open government, and digital government in Mexico City. Since its creation, ADIP has fulfilled a key role in unifying and coordinating all city efforts regarding the use of digital tools both for internal and public purposes.

ADIP has become a central part of the city’s crime control strategy. Furthered by data-based insights, the agency has adopted a leading position in informing the rest of law enforcement institutions on crime trends and relevant patterns found and shaping the design and implementation of crime prevention policies.

Besides serving as a coordinating agent, ADIP can help to enhance SSC’s intelligence work by formalizing channels for inter-agency data sharing needed to perform intelligence analysis. For instance, the creation and constant improvement of databases such as Traceability are critical for the SSC to understand crime patterns. Traceability connects all security-related data from day-to-day violent crimes to judicial processes at the most basic level by joining inputs from the C5, the SSC, the FGJ, and the prison system. Incorporating other data sources to Traceability and guaranteeing its constant update will allow the SSC to analyze further crime problems and target systematic responses.

Among the immediate opportunities, this administration could benefit from a more in-depth crime analysis focusing on repeat offenders and repeat victimization. On the one hand, the implementation of the pilot project of Ceasefire[2] has allowed the SSC to start exploring the patterns and information needed for an in-depth repeat offender analysis. Research has shown that a small number of offenders are responsible for a substantial proportion of all crimes (Tilley 2013). Further, offender examination allows police departments to set priorities by ranking and targeting key offenders and offender groups (Sparrow 2016). Typically, the most identifiable repeated offenders have been officially processed through convictions or arrests. However, relying only on this information might underestimate the problem of repeat offending as not all crimes end up in an arrest. So, instead of directly targeting offenders, the SSC could prevent reoffending by increasing incapacitation – or making it more difficult to backslide – or deterrence – focused on dissuasion.

Regarding mid-term opportunities, SSC should invest in analyzing criminal organizations. These groups are more sophisticated than ever before, so the SSC needs to have forward-looking and comprehensive strategies to combat them. For example, once one organization is identified, the SSC could access individuals’ legal records from  FGJ,  SSC, and the jail system. Additional information from the Financial Intelligence Unit should also provide helpful insights, as well as registries from security commissions held between neighbors and government agencies. As some effort has been previously made in this area, expanding this analysis does not require creating a new strategy from scratch, allowing for a timely response from current law-enforcement agencies before these criminal bodies represent a more significant threat to public safety.

Finally, the SSC should target violence against women with the country being listed in the top 25 countries with the most femicides and approximately one out of three Mexican women having been victims of sexual assault. To carry out this, the SSC could also use information from the Justice Center for Women (Centros de Justicia para las mujeres) —an agency that provides guidance and attention in cases of violence—as well as information from hospital emergency rooms that might reveal domestic violence tracks.

In summary and looking into the future, ADIP’s work will provide new analytical opportunities for the SSC to understand and examine different crime patterns, and thus, to develop comprehensive, timely, and better targeted crime-control strategies.

[1] Signals intelligence, SIGINT, is a form of intelligence gathering by the interception of communication or electronic signals.

[2] A type of a Focused Deterrence Strategy employed by the current administration that reflects how data-sharing has opened up opportunities for collaboration to better address crime.

Anais holds a Master’s degree in Public Administration and International Development from Harvard University and holds a double Bachelors’ degree in Economics and Political Science from the Instituto Teconológico Autónomo de México (ITAM). She has more than six years of experience working on social policies in developing countries. She has previously worked as an analyst at the Economic Research Division of the Central Bank of Mexico, and as a Consultant for IMAGO global grassroots.