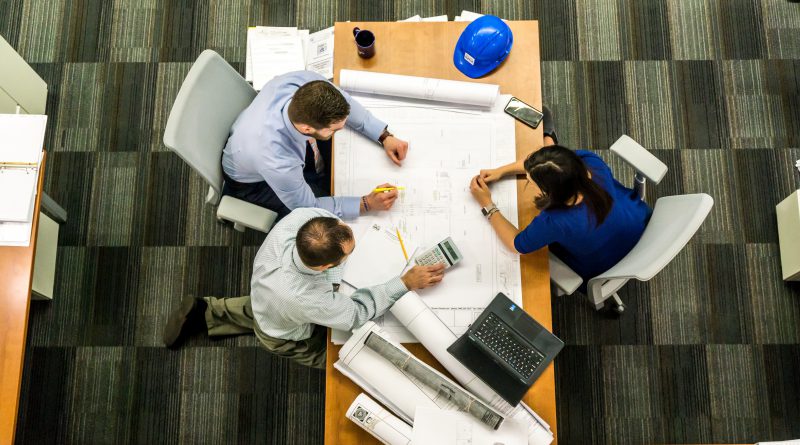 This article was published in the 2016-2017 edition of the Latin America Policy Journal.

Brazil has made important advances toward gender equality over the last decade, but the impact of the reforms has been limited and gender inequality remains high.[ii] President Lula da Silva adopted the National Plan for Women’s Policies in 2004, which categorized the priorities and actions necessary to promote women’s rights in four areas: financial autonomy and equality in the labor market, access to education, health and sexual and reproductive rights, and violence against women.[iii] To promote women’s participation in the labor market, the plan included actions such as training, supporting entrepreneurs, and improving access to credit systems.[iv] [v]

Brazil has been successful at implementing policies that have reduced women’s illiteracy rates and social programs that benefit low-income female workers. Bolsa Familia, for example, is a direct cash transfer program that distributes most of the subsidy directly to women to increase her portion of household income. In 2005, of the total of beneficiaries of Bolsa Familia, 93% were women.[vi] [vii]

The country has also improved its legal framework by reforming labor laws. In 2002, President Cardoso issued a decree to include 120 days of paid maternity leave to mothers.[viii] Likewise, the law provides five days of paternity leave. Maternity and paternity leave are paid; the law establishes that parents receive their total wage while they are absent. The government covers the maternity benefits and the employers cover the paternity leave.[ix]

Despite the government’s efforts, labor force participation of women has not changed significantly in the past decade, and the impact of the policies and programs does not reflect an increase of women joining the labor market.  In 2014, women represented 43.8% of the total labor force in Brazil, while in 2005 and 2000 they represented 43% and 41.2%, respectively.[x] In 2014, the female labor participation rate as a percentage of female population was 59.4% and 24.7% of the total had part-time employment.[xi] [xii] Furthermore, studies showed that Bolsa Familia’s impact on formal labor market participation for men and women are zero, and in the informal labor market are negative and significant, but small.[xiii]

In 2010, Brazilian women outnumbered men in secondary and higher education. In secondary education women were 53.9% of total enrolled students and in higher education they were 62%.[xiv] The share of women with higher education in the labor force has increased from 7.4% in 1992 to 11.9% in 2007.[xv] [xvi] Working women are more educated than working men; on average women have 8.8 years of schooling and men have 7.7 years.[xvii] Nonetheless, more education does not imply better wages for women in Brazil. Men’s GNI is 67.5% higher than women’s and the gender wage gap[xviii] was 22.1% in 2013 according to the International Labour Organization (ILO).[xix] [xx]

The gender wage gap deepens as education level increases. Women with 12 or more years of schooling earn 58% of men’s salaries.[xxi] Studies show that only between 11% and 19% of the wage gap can be explained by work-related characteristics.[xxii] Furthermore, if the unexplained differential was eliminated, women would be earning more than men in Brazil.[xxiii]

Women remain the principal caregiver of the family and have a bigger share of domestic responsibilities throughout the country, which becomes an obstacle for their participation in the labor market, especially if they have younger children.[xxiv] Policy interventions to improve women’s participation in the labor market require simplifying domestic chores for women and challenging the cultural norms attributing women more responsibility in the household.

Opportunities to increase women’s participation in the labor force

Brazil has undertaken significant efforts to improve its legislation to endorse gender equality and eliminate discrimination against women. The Constitution establishes that men and women have equal rights. However, if the laws work effectively, men and women with the same capacities and experience will eventually have a similar wage. Changing the legislation is an important step towards gender equality, but without the implementation of new programs it does not solve the issue. Below are three main areas where Brazil could explore policy options to increase women’s labor force participation.

Investing in infrastructure reduces gender inequality because it reduces the time women allocate for household activities. Access to electricity and water resources, better roads and easier means of transportation will increase women’s productivity and give women additional time to join the formal economy, accumulate human capital and/or child education.[xxv] Such investment will also allow for greater economic growth in the country. A study in Brazil showed that increasing the investment in infrastructure in the country from 2.1 to 3.1 percent of GDP could increase the country’s annual rate of output growth by a range of 0.5 to 0.9 percentage points.[xxvi] Other research showed that investing in access to electricity increased women’s labor force participation by 9% in rural South Africa.[xxvii]

Access to better infrastructure and transportation can lead to an increase in women’s income, because they could join the formal or informal labor force. This will reduce women’s dependency and could increase family savings. Likewise, having additional time for human capital accumulation and child rearing improves child’s education and health and the mother’s health.

One of the main constraints women face when trying to enter the labor market is either the lack of or high costs of quality childcare. Taking care of children, especially young children, consumes many hours of housework dedicated by women.[xxviii] On average, people with children spend 32 hours a week on housework, while people without children only spend 18 hours. Additionally, 94.7% of women with children reported they were responsible for the housework, in comparison to 82% when they did not have children.[xxix]

Research in low-income neighborhoods in Rio de Janeiro has found that access to free childcare has a significant impact on increasing maternal employment and labor force participation rates, and reduces maternal unemployment.[xxx] The increase of employment rates for mothers who were not working during the six months before the intervention increased from 9% to 17%. However, the intervention did not have any significant impact on women that were already working – it did not increase the number of hours they worked. The study also found that the increase in family’s income did not compensate for the program’s costs. [xxxi]

A similar experiment in Turkey showed a significant increase of women’s employment after the distribution of childcare vouchers. Though, the same study found that the impact is larger if the program is targeted and considers ability to pay and employability.[xxxii]

Given the high cost that childcare provision or subsidies represent for the government, Brazil should evaluate the impact it will have in increasing women’s labor participation, family’s income and economic growth.

Engaging men in housework is one of the main cultural changes needed to move forward a more equal society.[xxxiii] A study showed that men do enjoy collaborating with housework, but selectively. They prefer involvement in activities such as taking care of the children, helping them with their homework, or going grocery shopping than in routine tasks.[xxxiv] While selective, this interest in household tasks presents an opportunity to promote father’s engagement in caregiving by providing men with paternity leave when they have a newborn.

Currently, Brazil only has five days of paternity leave. However, there have been local and federal efforts to increase the number of days fathers receive after the birth of a child. These efforts have been met with resistance from public officials who fear that increased leave will harm productivity. In the city of Nitero, the Mayor overturned the law approved by the city council regarding the extension of paternity leave to 30 days.[xxxv] In 2016, the Congress allowed an increase in paternity leave to 20 days. The law, however, is voluntary and only affects companies open to programs extending maternity leave. Unsurprisingly, there does not seem to be much interest from Brazil’s National Confederation of Industry, an organization that represents 27 state-level federations of industries.[xxxvi] [xxxvii]

While critics fear that extending paternity leave will affect production and economic growth, studies show the opposite. The Institute for Women’s Policy Research reported that the impact of paid family leave on workplace productivity is zero or positive, increases workers’ likelihood to return to work and families’ income.[xxxviii] Paternity leave helps to a more equitable distribution of childcare between both parents. A study evaluating Sweden’s family leave policy, which provides leave to fathers too, showed that paternity leave encourages men to share caregiving responsibilities allowing women to return to their jobs earlier and reducing career interruptions.[xxxix]

Brazil’s economy is starting to recover from a deep recession and is expected to return to growth during the first months of 2017.[xl] Increasing women’s participation in the labor force can boost the country’s growth in the long term. The policies and legal reforms implemented in the past decades have had a limited impact on increasing women’s participation in the labor market, but have proven to be effective reducing poverty and increasing literacy.

To increase women’s labor participation, the Brazilian government should consider the main challenges women face to be part of the formal labor force and evaluate the current policies. Wage pay gap, number of hours allocated to housework and discrimination are three of the main obstacles preventing women from joining the work force.

Addressing discrimination is fundamental to increasing women’s participation in the labor force. Women have more years of education; however, the wage gap increases with education. Antidiscrimination laws have limitations and could be better implemented by conducting advocacy programs that promote gender. These programs can focus on emphasizing the benefits of gender equality in the labor force and the benefits for development and economic growth.

Investing in infrastructure, access to childcare and mandatory paid paternity leave are steps that could reduce women’s time allocation to housework and facilitate women’s participation in the labor force. Additionally, these policies contribute in promoting a more balanced distribution of house chores between men and women.

The road to achieving gender equality is long and Brazil has made important improvements in the last decades. However, it is important to continue the discussion, especially when these policies face resistance from local governments and national institutions. Gender equality not only has an impact on economic growth, it also promotes a more fair and just society.

Amanda Beaujon Marín is a gender consultant with the Climate Investment Funds (CIF), working in the intersection of social development with climate change. She holds a master’s degree in public policy from Harvard University. Before attending graduate school, she worked as a research associate at the International Center on Energy and the Environment (CIEA) in Caracas, Venezuela

[xiv] Own calculations with information from the Censo Demográfico 2010. Tabela 1.1.4. IBGE. Available at: http://downloads.ibge.gov.br/downloads_estatisticas.htm

[xxxviii] Gault, B. et al. (2014). Paid Parental Leave in the United States: What the Data Tell Us about Access, Usage, and Economic and Health Benefits. Institute for Women’s Policy Research. Available at: http://www.iwpr.org/publications/pubs/paid-parental-leave-in-the-united-states-what-the-data-tell-us-about-access-usage-and-economic-and-health-benefits/