Home > Published Edition > Facing the Technological Revolution in Latin America: How to Keep the Pace? 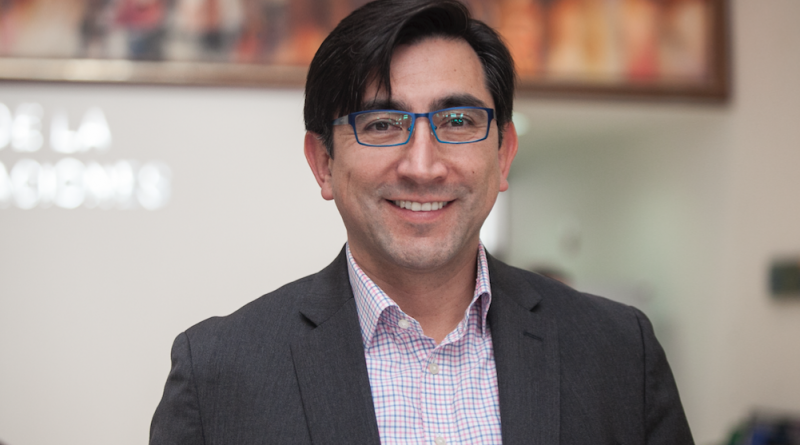 An interview with Diego Molano Vega, Minister of Information Technologies and Communications of Colombia.

Diego Molano Vega has been the Minister of Information Technologies and Communications of Colombia since 2010. In this interview, he reveals his perspective on one of the most challenging issues for the development of Latin America: keeping pace with the changes that new technologies are introducing to society.

Juliana Uribe Villegas, a Mason fellow and a Master in Public Administration candidate at the John F. Kennedy School of Government at Harvard University, led this interview. Juliana works in the intersection of social innovation, international relations, and the digital age as a consultant and social entrepreneur. She is a senior strategist at Purpose.com and cofounder of Escala and Tech+Change.

LAPJ: The Ministry has improved the technological infrastructure of the country, bringing high-speed Internet to 96 percent of cities and villages through the “Vive Digital Plan 1”. Beyond connectivity, how will the Internet have an impact on the lives of people in Colombia? And what comes next?

MOLANO VEGA: We have a well-rounded policy approach to the technological development of the country. We see this as an ecosystem. That’s why our program includes four main issues: infrastructure, services, apps, and users. In the first four years of work, we focused on building the infrastructure to connect the people. Now, our priority is to provide the right conditions for a new software industry, based on developing apps that are tailored to the needs of the base of the pyramid. Just to give you an example, we organize hackathons that focus on creating specific solutions for local industries; recently, we had three hundred developers working for three days in Corabastos, the central market of Bogotá, creating apps for small agro businesses.

LAPJ: For Michael Porter’s Competitiveness class, we developed a study about the opportunities and challenges for the software cluster in Bogotá. One of the main issues we found is that there is no proper financial system to fully support the growth of tech startups in the country. We also found that there are not enough engineers graduating in Colombia and that can stall the growth of the industry. How are you facing these challenges?

MOLANO VEGA: We have been working for four years with the Ministry of Education in developing talent for the industry. In Colombia, there is a deficit of 93,000 software engineers. This problem is not exclusive in our country; in the United States and Europe, the percentage of youngsters joining engineering programs is decreasing, too.

LAPJ: Why is this happening?

MOLANO VEGA: In Colombia, and this might be true for the rest of Latin America, youngsters don’t choose a career in software or computer engineering because our education system does not provide them with the right quantitative skills. There is also a lack of understanding of how far you can go in your career as a software engineer, as people don’t acknowledge the access to managerial positions they could have. Universities don’t do good marketing, and career coaches don’t promote these programs. But there is also a trend among young people today to aim for careers where they can have an impact, and they have an appetite to leave a mark with their work. And it is not clear for them how they can do this through coding.

LAPJ: Where does the local ecosystem find financial resources for its growth?

MOLANO VEGA: The government has been investing important resources, and one of the successes we claim is having been able to involve governors and majors with the information technology sector in a more active way. We cofinance some projects to help them strengthen their local ecosystems. Sometimes, important funds come from investors like Google or Facebook, but we still need to involve the private sector more. We are still far from the deep transformation we need to have, but we are on the way.

LAPJ: How is the government of Colombia using technology to improve the services it provides to its citizens?

MOLANO VEGA: We are using technology to become more efficient. We work on two fronts, what I call the “front desk,” which is better known as e-government—the interface between citizens and government—and “back office,” which includes all the processes that could be systematized within each institution. In fact, we just finished a major project where we built all the information architecture for the central government. We are also being more strategic on the technology procurement, centralizing it when possible, and providing technical advice.

In terms of public participation, Colombia ranks as number six in the world. We have a digital task force that works constantly to engage citizens in conversations with our Ministry. We have also trained regional governments on how to use social media, as we have been teaching majors in the smallest villages on how to use Twitter and Facebook as a tool to communicate with their constituencies.

LAPJ: How is access to the Internet having an impact on the lives of people in Colombia? After this first stage of work, what significant trends have you identified?

MOLANO VEGA: Social networks are powerful, and people now have more opportunities to participate in public conversations. However, the Internet is only a tool, and we are affected by the global trend of apathy and lack of participation. People don’t want to engage in community matters as much as they did before. No one wants to sign up to be part of its building oversight board.

Nonetheless, one of the major strikes we have seen in the past years in Colombia, the agricultural strike or “paro agrario,” was powered and organized using social media. I went out to the streets, and people were telling me: “Thank you, Minister; without you and Twitter, we could have never been able to organize this strike.” You also see social entrepreneurs that design participation mechanisms. For example, Huecos Med is an app where you can report damages to the infrastructure of the streets in Medellín and automatically send a request to the authorities to fix them. This improves transparency, but again, it is still affected by the apathy trend.

LAPJ: What do you think about the impact that technology has in creating inequality, both within and among countries?

MOLANO VEGA: We have to analyze the inequality issue from a global perspective. The current technological revolution can create unemployment at many levels. Kodak had 140,000 employees at some point; in 2013, after decades of seeing its business threatened by digital photography, it went to bankruptcy and was sold to a pension fund for only the value of its brand, $650 million. In contrast, when Facebook bought Instagram for $1,200 million, the startup had only fourteen employees. This is happening in Colombia, too. El mono legal, an app created to follow up on the status of your judiciary process in a courthouse, left 1,200 former “monos”—people who did this manually—without a job.

Technology can create inequality, but it also creates a lot of opportunities. Only one year ago, I traveled to a village close to Pasto, in the south of Colombia, and delivered the first computers to a school. I visited this village again recently and found not only that the school principal was using PowerPoint to present the results of the program but also the senior students had developed an app to create a digital class book. Now, they are selling the app to other schools. This might seem basic, but it shows how the access to technology can rapidly impact a community by creating business opportunities that were out of reach before.

LAPJ: As Latin Americans, we come to universities like Harvard and MIT, and we are mesmerized by their scientific research, the unlimited resources, and the innovation centers. But at the same time, we get worried when we compare our local realities to this, asking ourselves how can a Latin American country compete globally in innovation and technology? Furthermore, how can we make these inventions arrive to our region more rapidly?

MOLANO VEGA: We need to apply technology to our reality by using it to improve our products but also by creating tailored technological solutions to our own problems. For people and companies from developed countries, it is not easy to identify and understand our needs. That constitutes a very high barrier to enter our markets. Our entrepreneurs have the opportunity to create products tailored not only for Colombia’s base of the pyramid but also for the base of the pyramid of Latin America and the world.

LAPJ: And what do we need to do to develop these ecosystems? Do we need technological transfers?

MOLANO VEGA: I don’t think we need to import. We need to develop our own ecosystems. The key success factors are private sector leadership, access to talent, and local scale. The role of the government in developing tech ecosystems, such as Silicon Valley, Boston, and Bolder, has been minimal. We have big companies with presence in Colombia. Google, Facebook, Dell, IBM, they are all here. But they have mainly sales teams. It would be interesting if these companies would further develop their local presence, participating more actively in the developers’ ecosystem.

LAPJ: How does the government of Colombia keep pace with the rapidly changing technological scene and be up-to-date in its policymaking and regulatory development?

MOLANO VEGA: When it comes to Internet governance and privacy issues, we act in accordance to the international regulations. To develop our local ecosystems, we have a free market approach. We want to give the space for innovation to happen, but we are open to have any debate when it is time for it. In many cases, technology is disruptive, and it rapidly changes the existing business and market equilibrium. We have seen challenging cases, such as Uber vs. taxis and the transmission of sports games on the Internet vs. cable companies.

What worries me the most in terms of policy is the flow of money out of the country. The big international companies sell millions of dollars in Colombia, but the money goes to the United States and Europe where headquarters and investors are. In many cases, they don’t even pay taxes here. The balance of payments between Latin America and the United States, considering only transactions related to technology, has changed radically in the past fifteen years. We had a positive balance of $3 billion dollars in 1999, and in 2014, we had a deficit for more or less the same $3 billion dollars. The money is clearly not being reinvested in our tech ecosystems.