Home > Published Edition > Volume 8, 2018-2019 > Invisible Walls: The Hyper-Density of Colombian Cities and What It Means to You, by Simon Gaviria 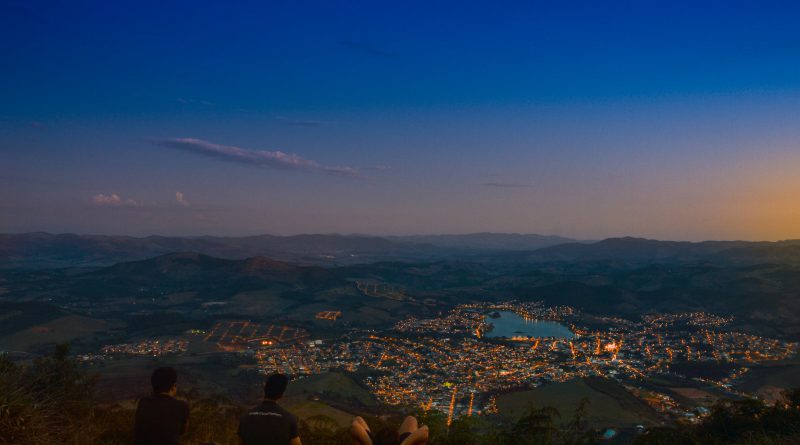 This article appears in the Spring 2019 edition of the Latin America Policy Journal released in April 2019. You can order the edition here.

Bogota is 13 times denser than New York City.[1] Colombian cities are 100 percent denser than the global average and 126 percent denser than cities in Latin America.[2] Until now, the consensus has been that the largest determinants of density are population and income. An increase in population increases demand around an economic hub, increasing the price of land and allowing the required investments to achieve greater density. As incomes in societies increase, three associated phenomena occur: a fall in birth rates, the purchase of larger homes, and the emergence of more commercial buildings.[3] For example, a low-income village may not require Whole Foods, Pilates studios, or an office complex.

Urban settlements have been around for 5,000 years, but there has been a surprisingly limited amount of evidence-based work to understand them. There is no standard definition for what a city is. One thing, however, that we can agree on regarding the anatomy of cities is density. Cities are places where strangers choose to live in proximity. Over time there have been more arguments against urban sprawl – that is, in favor of the idea that higher density is better. Compact cities can provide cheaper public services, competitiveness, and lessen our environmental impact. However, rarely do we hear about the relationship between a city, security, and density.

The first measurement of density for a sample of 109 Colombian cities gave a surprising result: Colombian cities are hyper-dense.[4] The result seemed at odds with conventional knowledge. Colombian cities are not larger, wealthier, or poorer: in those metrics they are about average. Even after adjusting for these characteristics, the phenomenon persisted. Intermediate cities like Buenaventura were three times denser than Tokyo, and even smaller ones like Apartado were three times denser than Mexico City. Something was missing from the traditional way we think about cities: security.

After trying to understand the surprising results of Colombia, we found evidence that its cities are denser because of violence.[5] Colombia has nurtured decades of civil conflict that has displaced nearly eight million people since 1985. Conflict and organized violence have been a constant throughout the country’s history. The most recent peace treaty, the Teatro Colon peace agreement, put an end to decades of conflict between the Colombian state and “Fuerzas Armadas Revolucionarias de Colombia” (FARC). In negotiating the peace agreement, both sides identified areas of the country that had been disproportionately impacted by organized violence and conflict. The Colombian cities identified in the agreement as areas of high conflict were 40 percent denser than the rest of the country. The first impression is that there appears to exist a relationship between security, city growth, and density.

Historically, cities were founded as places of refuge and commerce. The social experiment of the city, the clustering together of strangers, thrived because of the perception of safety and certainty. Early cities projected this guarantee of safety through the construction of walls that ensured that those within the city would be safe. It comes as no surprise, therefore, that in Chinese the character 城 (chéng) means both city and wall. From medieval European cities protecting themselves from Viking raids to new African cities that have developed in response to decades of civil conflict, cities have provided the promise of security.

As city-states were absorbed by nation-states through the 19th century, the responsibility for safety and security shifted from the city to the nation. Defense and security, the previously elemental purpose of cities, lost its valence and allowed city leaders to invest in other infrastructure and amenities, which made cities more attractive. Louis XIV, the French king, to take one example, enlarged his empire through military conquests in the 17th century, which enabled him to knock down fortifications in Paris and transform the walled city into a city with new spaces for walking and leisure.

While the stigma of violence may dampen tourism and foreign investment, people who live in violence-prone areas search for “relative security.” This might mean a Muslim leaving his village in India to find protection in the anonymity of a city, or a Colombian refugee leaving his hometown for the militarized safety of the state capital. As the relative security between two locations increases, people flee the more dangerous area for the safer one. Relative security serves as an invisible wall that restrains the growth of cities’ built-up areas while increasing the total population. In Bogota, 90 percent of population growth between 1990-2015 occurred in the already-developed areas of the city. Rather than blobbing out and consuming land on the periphery, Bogota’s built-up area absorbed the demand for new housing by residents. The city was contained. In contrast, more than 80 percent of Madrid’s population growth during the same time period occurred in previously undeveloped areas. The city had urban sprawl.

On a more positive note, as countries like Colombia work to end longstanding civil conflicts and transition to peace, a new set of challenges await them. With peace on the horizon, we expect densities to decline as more Colombians spread out and consume more land without fear of drug cartels or guerrilla groups. The hyper-density of Colombian cities is not likely to continue as security threats wane and GDP increases. If peace delivers on its promise of reduced violence, densities in Colombian cities will decline as people take advantage of cheaper and safer land outside of cities. All of this reshuffling of people and land will require a 215 percent increase in urban land by 2050. The compounded effect could be even greater if improvements in security lead to even higher GDP per capita in the country. The planning decisions made in Colombia’s cities over the next 20 years will determine how its cities develop, not only for decades but for the next couple of centuries.

Security matters. Security affects where people live and how they live. For most of human history, it has been a primary influence on the creation and development of cities. In most Western cities, from the development of the nation-state until today, security has given up its relevance to other considerations such as mobility or productivity. In many cities it has become a nuisance or a quality-of-life issue rather than an organizing principle. As acts of terrorism capture headlines or nation-building projects are underway, security should get its rightful place in the conversation about what makes a good city. In almost a third of the global sample we examined, there has been at least one incident of organized violence in the last 15 years.[9] New walls are emerging either through gated communities or the surveillance of technology. If this new age of terror continues, security in cities – which we thought no longer mattered – will affect where and how people choose to live once again.