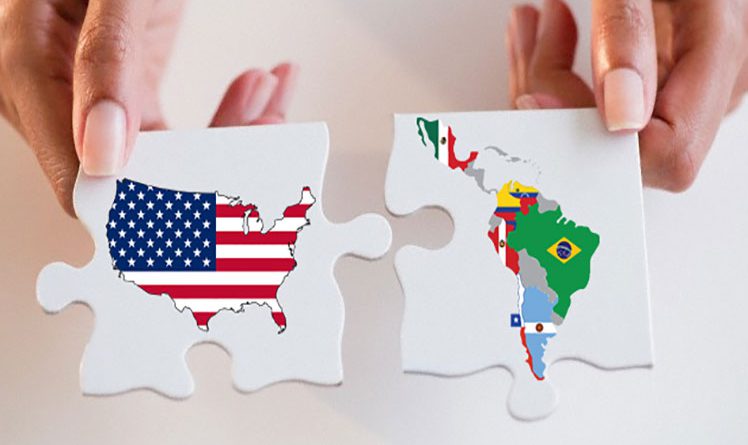 Latin America in the limbo

When Mauricio Claver-Carone was elected as president of the Inter American Development Bank (IADB) last September, a 60-year tradition was broken, deepening the irrelevancy of Latin America in the global stage.

This is so because the IADB, a key player when it comes to funding projects for the Latin American countries, has had a non-written law since President Eisenhower times, when the organization was created. The Bank, that has its offices in Washington DC, had never had a president from the United States until Claver-Carone was elected.

The breaking of this tradition of long-lasting Latin American presidents (Claver-Carone is only the fifth president since the organism was created) has been controversial across the region.

Not only Costa Rica and Argentina tried to foster their candidacies, they led the fight for postponing the election of the IADB president to 2021, hoping that an eventual Biden administration would retire the American candidacy (Biden had already said he opposed Trump’s decision of presenting a Claver-Carone for the office). To accomplish this, they tried to gather 25% of the votes to force the postponement of the election, shielded in the Covid-19 pandemic situation.

Eventually, and even after many influential former presidents had signed various letters demanding the United States to respect the tradition (among them was former Chilean president Ricardo Lagos, who went as far as calling the election unlawful), in support of the coordinated action between Mexico, Argentina and even countries generally aligned with the US positions like Chile, their push lost and Claver-Carone was elected.

This election not only exemplifies the Trumpian administration disbelief in multilateralist organizations but comes to worsen a problem for the countries south of the Rio Grande: Latin America is becoming increasingly irrelevant in the global stage.

Today the relevancy of Latin America in the global stage has substantially fallen, no Latin American presides over the main international organizations, its economy is crippling, social distress is on the rise and it’s not a military power of consideration either.

Also, in these last years, regional integration, one of the tools Latin America had to unify positions and present a stronger push on selected topics like they did in the past opposing ALCA (a pan-American free trade area), has stalled. The UNASUR proposal faded into nothingness after the “pink wave” of progressive-leaning governments ended.

The OAS has a controversial General Secretary that has sparkled the opposition of many Latin American countries, who has played a highly questionable role in last years Bolivian presidential election (that ended up leading to the falling of Evo Morales’s government) and more recently confronting with the Inter American Human Rights Commission, disaggregating an essential part of regional cooperation: trust among peers.

Even MERCOSUR also has unprecedented conflicts based on the ideological differences of the presidents of the member nations over free trade agreements (although successfully de-escalated).

And to this, we now have to add the IADB conflict, sinking the region into more irrelevancy in the global stage, and showing the cracks in the cooperation between Latin American countries. This is because many nations preferred to support the United States candidacy to content the North American government, instead of keeping by the long-standing tradition of Latin American presidents in the organism, a guarantee of greater autonomy for these countries.

Actions like these show the lack of interest to push for greater integration that many Latin American presidents have, prioritizing a conjunctural alliance with Trump hoping it could benefit their countries, to a regional position. A clear sign of the dysfunctional fracture between Latin American countries.

The days where Brasil was pushing to become a Security Council permanent member and several countries in the region were taking more important roles in forums as the G-20 seem long behind.

One could argue that the region has been for the last years in a “relevancy limbo”, an aspirational conflict between its wishes of greater protagonism and its structural conflicts dragging the region into irrelevancy.

On top of it laid the chance of becoming a more important player on the global stage following the economic growth, integration and democratic consolidation the region was showing, a possibility lined with the aspirations of protagonism Latin America had.

Behind lay the structural problems that dragged the region down. An economic system mostly dependent on the price of commodities, a lack of successful long-term planning on the global stage, and weak regional cooperation that couldn’t resist the winds of political change.

Irrelevancy is not ideal, but not necessarily bad. Some authors argue that being irrelevant means that you are not “invited to the table”, but also that “you are not in the menu”. What this means is that Latin America could take some advantage of its weakness because it won’t become a land for dispute between the Great Powers, it could not become a subsidiary battleground of the USA-China divide.

Others disagree with this, stating that Trump’s move of pushing for the Claver-Carone election, even if this decimated trust in the United States by its Latin American peers, was a deterrent move to persuade these countries about not deepening ties even more with China (they nowadays are a more important source of funding than the IABD itself), taking the region as a “hostage” in this conflict, and effectively, putting it “on the menú”.

Maybe there is some truth in both these positions, but the fact is that now Latin America seems broken internally and weakened externally.

The consequences of this are not yet clear. It is up to time (and most importantly, to the decisions Latin American governments take in the days ahead) to see in which side of the “relevancy limbo” Latin America ends up on.

Iván Goldman is a student of Political Science at the University of Buenos Aires and an investigator at the Research Group on Argentinian Foreign Policy (GIPEA).