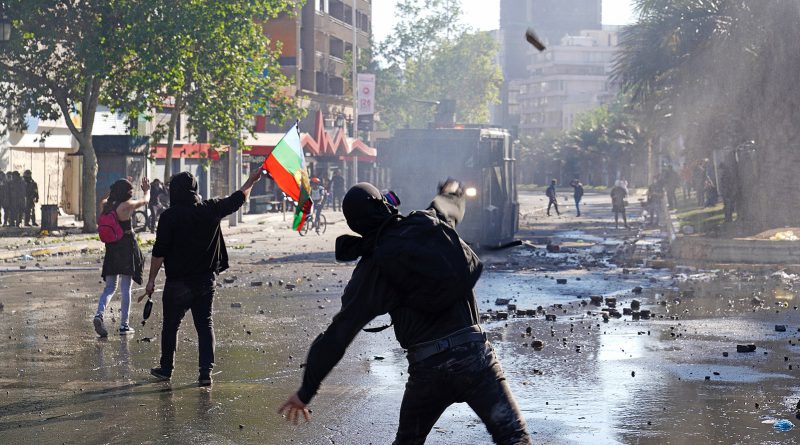 This article appears in the Spring 2020 edition of the Latin America Policy Journal released in May 2020. You can order the edition here.

Former Minister Mauricio Cardenas responded to the questions formulated by LAPJ Editor-in-Chief Cesar Pabon on 25 January 2020. What follows is a lightly edited transcript.

LAPJ: What are your views on the current state of the emerging protests that have spread across most Latin American countries?

The protests exhibit a combination of both shared and unique qualities. I think the commonalities reflect the fact that the region is growing at a much slower pace, which in turn generates frustration. Additionally, the rate at which people are moving from the low-income to the middle class is slowing down, making it much harder for the population to meet their goals and aspirations of advancing and moving up the social ladder.

There are other country-specific aspects responsible for the emergence of these protests. For example, in Bolivia the protests are a response to the presidential election results where Evo Morales, an autocrat, sought to preserve power by all means. In Chile, the protests are against the rigid political system and the absence of protection of fundamental rights in the constitution, all of which have been compounded by the population’s demand for more channels for political participation and balance of powers. One aspect in which Chile lags behind other countries in the region is in political and fiscal decentralization. Incidentally, the fact that Santiago Metro’s fare is not a city-level decision is illustrative of a deeper problem in the decision-making process. In Ecuador, the protests are a result of a badly communicated economic adjustment program and the lack of adequate compensation for the lower-income segments of the population. Their response was entirely predictable. In Colombia, there are many potential explanations for the protests, but in my view the government made a serious mistake in trying to reopen the 2016 peace agreement with FARC even though most of the population wanted to put that divisive issue behind. Thus, protests are an expression of the sentiment against the political class that spends too much time debating over the pros and cons of the peace agreement rather than debating what the population needs the most: education, public transportation, and employment opportunities, etc.

Above all, the response to this phenomenon should be one that does not result in violence, as that only makes situations worse and more complicated for the government. Bringing in the military is not the solution, so governments ought to change course, make decisions, and take actions that avoid the use of force.

Inequality has been the perennial problem of Latin America. The remarkable aspect of this issue is its persistence through centuries, even after the democratization of Latin America in the 1980s and earlier. Most countries have tackled inequality directly and there has been some success as shown by a decrease in the GINI coefficient in almost every country despite ideology. But progress has been very moderate, and inequality remains the most salient feature of Latin America, its negative effects compounded by slower economic growth, higher unemployment, and a lack of social mobility. In fact, economic inequality is still unacceptably high and visible along with political inequality and unequal access to public services, property, and land ownership. I think that although this issue might be the hardest to resolve, it’s the one that governments should prioritize. Inequality is not only causing street protests, but also sluggish economic growth.

LAPJ: Income inequality is closely associated with informality in the labor market—a problem that plagues more than 130 million workers in Latin America. How should governments tackle this issue?

The question is absolutely right in expressing that these are two interrelated phenomena. Inequality and informality go hand in hand; for example, holding everything else equal, a person who is employed in the formal economy has a higher income than one in the informal sector. Thus, informality is taken as a proxy for inequality. The good thing is that we know more about how to deal with informality than we know how to resolve the issue of inequality. There is a policy prescription for how to reduce informality that has proved to be effective: the reduction in payroll taxation. Payroll taxes were introduced in our continent in the 1950s as an easy way to raise revenue for the government. Payroll taxes have funded various programs in Latin America, all with some merit: public-sector workers’ housing programs in Mexico, early-childhood and labor training in Colombia, subsidized lending in Brazil, etc. In all countries, instituting payroll taxes had some underlying rationale and logic, but the side-effects (such as labor informality) have been disastrous. Therefore, dismantling payroll taxes is the path forward to reduce informality and in turn, reduce inequality.

LAPJ: The outlook for Latin American and the Caribbean underscores economic stagnation for the coming years. As Colombia’s finance minister between 2012 and 2018, you handled the oil shock, implementing a successful adjustment program that maintained high investment rates and led to sharp reductions in poverty and inequality. What do you think are the future drivers of growth in Latin America?

Latin America is the slowest growing region in the world now, and that’s probably not going to change in the near future. We need to really think about growth. There is no more pressing issue in the region today. My sense is that some countries, like Brazil, Mexico, Colombia, and post-Maduro Venezuela have too much confidence in the expansion in oil production to recover economic growth. However, I disagree with this strategy. Oil demand is not growing that fast in the world, and there are other regions of the world that are producing more oil faster. Thus, the growth question cannot simplistically rely on oil as an answer. Our region is rich in renewable energy including solar, wind, and biomass, which is what we need to exploit. We also must build adequate infrastructure, which is a source of growth with a large dividend. The question we need to answer is how to finance massive infrastructure programs aimed at reducing some of the logistical bottlenecks we face. My guess is that while the world economy recovers, which is going to take time, the safest bet for the region’s economic growth points in this direction. Some of it must be urban infrastructures like better city transport systems, many of which suffer from considerable traffic and congestion. Therefore, renewable energy and transportation infrastructure are the areas that hold the highest potential for accelerating economic growth.

LAPJ: The Venezuelan migration and refugee crisis (also known as the Bolivarian diaspora) embodies the largest recorded refugee crisis in the continent, with the emigration of millions of Venezuelans from their native country during the presidencies of Hugo Chavez and Nicolas Maduro. Do you think this will be a headwind to economic prospects in the region?

In my opinion, migration is not going to slow growth in countries that are receiving the flow of migrants. Quite the opposite. For example, in Colombia, migration is helping short-term economic growth through higher consumption expenditures. In the medium to long term, given the very low country population growth in recent years, the additional migrant labor force is also a positive force. Therefore, I don’t think migration is a headwind in terms of its effect on economic growth. However, I do think that the economic situation of Venezuela is a headwind for the region due to its considerable contraction over the past years which has consequently reduced trade with the region and resulted in a negative effect on economic growth. This is clearly the case for Colombia where exports to Venezuela at one time in history, a decade ago, accounted for eight billion dollars a year and are now essentially at zero.

LAPJ: You have vast academic and policymaking experience. You have dedicated over 30 years of your life to public service. What advice would you offer to future government leaders in Latin America?

I have worked in three different administrations and have been a cabinet minister for about ten years altogether. After serving in several governments and looking at the context of the region, I think this region requires a type of government that can reconcile different interests. In other words, governments that reflect the diversity that exists in our countries, not just culturally and ethnically, but also politically. I firmly believe that extremist left or right-wing populist governments are governments that will make things worse. What we need is a type of government that can generate a dialogue among groups with different visions. That is, governments capable of reconciling various views, needs, and aspirations. My sense is that the future of Latin America relies on governing from the center with wide coalitions. The problems that the region faces are too challenging and demanding for governing visions that exclude. We need inclusive governments.

Mauricio Cardenas is a recognized Latin American economist with vast academic and policymaking experience.  As Colombia’s finance minister between 2012 and 2018 he handled the oil shock (which caused a 40% reduction in Colombia’s exports), implementing a successful adjustment program that preserved high investment rates and sharp reductions in poverty and inequality. In addition to Finance, Cardenas has been a minister in four other portfolios: Economic Development (Industry and Housing), Transport, Planning, Mines and Energy, and recently Finance. His academic experience is mostly associated with Fedesarrollo, where he has been twice executive director, and the Brookings Institution, where he has been Senior Fellow and Director of the Latin America Initiative. He holds a Ph.D. in Economics from the University of California, Berkeley. He is also a former president of LACEA.