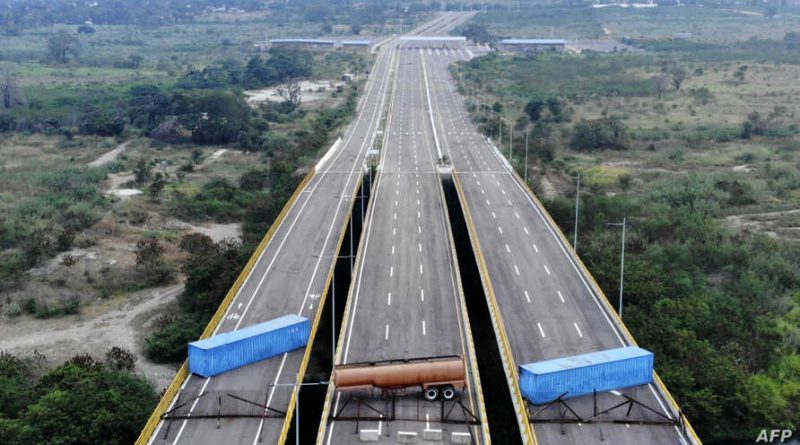 Declared as one of the worst humanitarian disaster in modern time[i], the global health crisis is further straining Venezuela. The country that lays on the world’s largest oil reserve, is unable to meet people’s basic needs of food, hygiene, and minimal protective equipment[ii] in times of a pandemic. To this end, on September 19, 2020 the United States announced[iii] nearly $348 million in additional humanitarian assistance for the Venezuelan crisis. While emphasizing its role as the largest single donor to the Venezuelan crisis[iv], the United States should also increase the level of transparency and readily available information on its foreign assistance programs to Venezuela as well as ensure it acts in accordance with international humanitarian law.

Every year, the United States government reports aggregate numbers of foreign assistance to Venezuela[v]. In particular, the United States Agency for Aid and International Development (USAID) provide funds “to support local human rights defenders, civil society organizations, independent media, and electoral oversight”[vi] in accordance with the Democracy, Human Rights and Governance (DRG)[vii] strategy. USAID democracy-promoting agenda seeks to encourage participatory and representative political process, to support the civil society, and independent media in foreign countries. Albeit publicly propagated, the dearth of information on the implementation of such agenda is significant. The United States should disseminate more information on the work being carried out, especially when it comes to a polarized country such as Venezuela.

USAID has been operating in Venezuela under the DRG framework since 2011. In the early 2000s, the United States was accused of supporting a coup against Chavez and giving funds to local NGOs. Members of Súmate, a local NGO that received funds from the National Endowment for Democracy for a project on electoral observance, were brought to trial in 2004 for conspiracy and betrayal. Finally, in December 2010, the Venezuelan National Assembly passed the Law for the Defense of Political Sovereignty and National Self-Determination, which explicitly prohibits NGOs that “defend political rights” or “monitor the performance of public bodies” from receiving any income from foreign sources. In 2011, the USAID office in Venezuela, Office Transition Initiative (OTI), was condemned for violations of Venezuelan sovereignty and shutdown. Since then, USAID had to navigate heavy domestic limitations in order to operate locally.

In light of these limitations, how is the USAID democracy-promoting agenda being implemented on the ground? How is empowerment of civil society and social media independence campaigns being supported by the United States? How is the work affected by the cut of US-Maduro regime diplomatic relations? Only vague descriptions such as “monitoring and working in close coordination with relevant host governments, donor governments, NGOs and UN agencies”[viii] or “humanitarian assistance is provided via impartial international and local organizations”[ix] are available. The lack of in-depth documentation online, alleged violations of Venezuelan sovereignty, coupled with the non-disclosure of whom the United States collaborates on the ground, create a glaze of mystery and non-transparency highly susceptible to misinterpretation and manipulation. USAID should increase transparency in its outreach effort and disseminate additional information. This way, its democracy-promoting agenda would be more effective and more effectively would serve its own purpose of fostering participatory processes in a foreign country.

Further, the intertwined narrative of US funds to Venezuela and its cooperation with anti-Maduro political groups are a threat to the principles of impartiality, neutrality and independence[x] governing the disbursement of foreign aid. Despite the fact that USAID declares that “no funds are provided directly to elected National Assembly members, high-level officials of the Guaidó Administration, Ambassadors, or the interim President himself”, it also states that in some cases, they provide “compensation, travel costs, and other expenses for some technical advisors to the National Assembly and the interim Guaidó Administration through assistance funds”[xi]. Concerns related to the politicization of United States humanitarian aid to Venezuela have been raised by major international organizations. Following the United States positioning of food trucks on the Colombia- and Brazil-Venezuela borders in February 2019, the United Nations warned against using food as a political weapon[xii] and reiterated to let food policy remain pure form of temporary alleviation for a starving population.

Despite its clear anti-Maduro alignment, the United States should continue to disburse humanitarian assistance in accordance with the principles of universality, impartiality, and independence. Since United States funds to Venezuela are highly disputed and politicized, best would be to temporarily continue to provide all aid through international agencies and publicly speak about the specifics of such transfers. Further, by providing readily accessible information, international claims of aid manipulation may wind down and ameliorate its image as international donor. In the case of Venezuela, increased dissemination of information may reinvigorate open and inclusive dialogue with civil society organizations, ultimately, setting the stage for a new United States approach to Latin America. On the long term, the latter may be not be seen as a  “backyard”, rather as an equal partner.

[vii] The strategy provides a framework to support the establishment and consolidation of inclusive and accountable democracies.