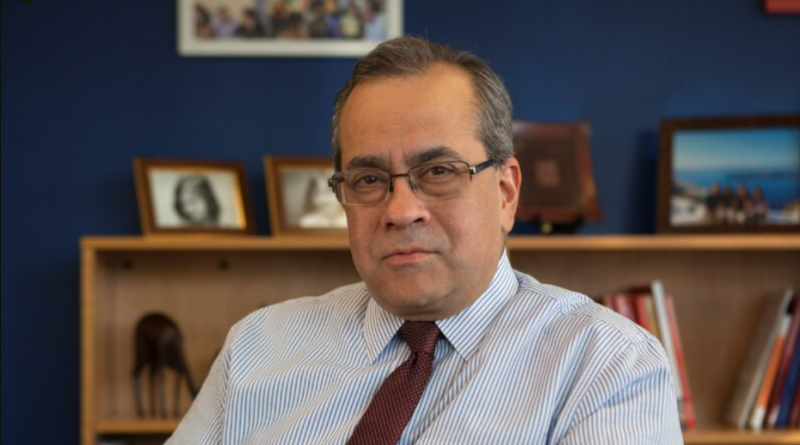 To give us some context, what is the post-covid situation of education in LAC (Latin America and the Caribbean) compared with the rest of the world?

We cannot talk about post-covid because we are not yet out of the woods. With this in mind, this is the largest shock to education in the last one-hundred years. More than half of ten-year-olds in low-and middle-income countries were unable to read or understand a simple story. This figure could now reach 70 percent, due to lengthy school closures and a lack of effective remote learning opportunities. Despite the efforts of education systems in Latin America to do promote remote teaching, little learning happened during these twenty-one months. Unfortunately, South Asia and Latin America have endured the longest school closures. 8 countries in LAC didn’t open their schools at all in 2021. So unless we do something really swift and bold now, there is potential to have a huge and permanent negative scar in this generation.

Why do you think closures keep enduring in Latin America?

In the first semester of 2020, countries saw school closures as another weapon to fight the pandemic. Sweden was an exception as they didn’t close schools because they lacked evidence that this would decrease infections. After the first and second waves, evidence was published that reopening schools didn’t contribute to further infections. Despite this evidence, many countries around the world kept their schools closed.

In general, Latin America lacks a sense of urgency. In October 2021, you had countries like Guatemala and Peru who provided in-person teaching for 2% and 4.4% of their students, and countries like Chile or Argentina that reached 88% and 94% of their students. Unfortunately, in most of our region, there is a lack of understanding of what our children are losing. There are no clear benefits on the health side to keep schools closed, but costs are evident on the education side, and governments are taking an attitude of “let’s wait until things are better to reopen schools.” This is unacceptable.

Managing a pandemic is not a linear process in which things either improve or deteriorate without drawbacks. Governments should address the pandemic with the principle that they do not know what will happen next. So far, rich countries have had drawbacks in which they close schools for three weeks and open them again for seven, or instead of closing, they adjust to hybrid schemes. Their logic spins around maximizing students’ time in school by constant adaptation. In Latin America, we should understand the significant costs of not managing the uncertainty of the pandemic with flexibility. But again, nothing will happen if Latin American stakeholders don’t awaken their sense of urgency.

Can the international community play a role in calling countries to action?

Besides highlighting the magnitude of the potential impact, they can provide financial support. But in terms of actions, this issue is clearly a national responsibility.

What is needed at a national level to awaken this sense of urgency?

Countries should be politically accountable. This means bringing together all the involved stakeholders like teachers, parents, congress, and authorities to convey ways of managing this issue. There is no reason why malls and restaurants are open, full of kids and adults, while schools remain closed.

This should lead to the question of how we can open classrooms as fast as we can. And as I said before, it must be an intelligent opening with, for example, smaller classrooms or fewer school days a week. In any case, we need to call out for mature societies that understand the consequences of not waking up.

The second is the widening of inequality. During the pandemic, the top 10% had adequate education access, the next 40% had some education stimulus, but the other 50% had absolutely nothing.
Finally, there is emerging evidence from countries like Brazil, Kenya, Ethiopia, Pakistan, and others, that show worrying results in performance between current and pre-pandemic cohorts. In Sao Paulo, students learned only 28% compared to if face-to-face classes had continued. The biggest loss is perceived in early childhood, which had absolutely no alternative. The problem is that the social investment with the highest returns is early childhood, and these returns during the pandemic literally went to zero.

Let’s suppose Latin American countries overcome this lack of sense of urgency, what can countries do to recover from the widening of the learning gap?

Think of a teacher exposed to this unprecedented situation. What can she or he do with a sixth-grader that has the competencies of a third grader?
Education systems must be prepared to apply learning recovery packages in which they first diagnose and measure the level of each student. Then, they would need to choose among different teaching strategies at the right level (grouping students or using ed-tech). They should adapt their national curriculum and focus on attaining foundational skills like language, math, and socioemotional support.

They can also adapt the school calendar. In Peru for instance, they say “let’s wait until the calendar year starts.” We cannot wait. We are in a war. You need to adapt and extend the year, support learning with additional hours for some kids, and, above all, you need to engage with teachers so that they can handle a class with different learning and social backgrounds. This is extremely difficult policymaking, but extraordinary times call for extraordinary policies.

But if educational attainment was already constrained before –when we were not in a war— how can governments expect to implement the necessary policy changes in these more challenging times?

This pandemic has shown that governments can do extraordinary things. The delivery of the vaccine is an example of it. In Peru, the vaccine roll-out has been done very effectively. The economic recovery packages have been gigantic with 8 or 9 points of the GDP (Gross Domestic Product). So extraordinary can be attained.

So, the constraint is political, not of capabilities. If you ask how much of these economic recovery packages have gone to education? The average at a global level is 3%, but in lower-income countries that percentage is much lower. So, can you put the money for recovery? Yes. Have we decided to assign these resources to education? No. I don’t believe there is a restriction in terms of capacity, even if policies are complex to implement. The capacity exists, but it is a political choice.

Now, do we know that these complex policies will work? No, we don’t. So many of the policy measures will have to be evaluated, monitored, and corrected. But what I am saying is that we have resources that could have been devoted (at least partially) to education and they weren’t.

Let’s talk about higher education in this context. How should governments and universities work together to achieve pertinence in education for the future skills demanded in the labor market during the pandemic?

Universities indeed took fewer losses when adapting to the pandemic conditions. However, there is a lot of anecdotal evidence that young people entering universities are less prepared than a few years ago. So, my sense is that universities will need to make extraordinary investments in remedial education if they don’t want to lower their standards.

But the pandemic has also shown that certain skills are absolutely critical now. There is clearly a gap between the supply and demand of people with a technological background. Higher education institutions and families should invest much more in technology and attaining these digital skills in general because People that didn’t develop those skills in primary and secondary education will need to work on them in tertiary education.

Shouldn’t secondary and primary shift to this technological literacy too?

You are right. We must invest in being digitally literate from the beginning. This could be a lesson of the pandemic. We realized how urgent it is to address the digital gap for having resilient systems. Closing that gap in education is understood as teachers using technology effectively in the learning process.

A second lesson could be that, despite the benefits that technology may bring, education is a human-intensive endeavor; it requires human interaction. Technology won’t and can’t replace teachers; at least not in our lifetime, so teachers are fundamental. Hence, the future will be about the balance between technology and the human factor.

And a third lesson could be that parents and communities are protagonists of their children’s education process. Conditions at home should be part of public policy.

What should we expect in terms of the socio-emotional effects for children and how might this affect future learning?

Data shows higher rates of anxiety and depression among teenagers. This is why the support of teachers is more critical now. Teachers will need to cope with the emotional well-being of children who will not be able to socialize at all. We should be worried about this aspect because of its impacts on learning capacity. And it is even more challenging now because we were not doing well on that matter before the pandemic. This is why, as I was saying before, if we should prioritize a few areas once kids are back, those areas should be literacy, numeracy, and socioemotional support.

Are you hopeful that things will get better?

We have a window of opportunity. But in the end, it is a social choice to take education seriously, which means taking seriously our own future. If the Ministers of Education were working at 100 kilometers per hour before the pandemic, they will need to work now at 200 kilometers per hour. It is tough, but that is what it takes. Better times will come, but for now, we are in a war, and until we get out of it, we will need to double shift the effort.

Verónica is an MPA/ID 2023 candidate at the Harvard Kennedy School of Government. Before coming to HKS, Verónica was a Consultant at the World Bank in Lima, Perú. She holds a BS in Economics (2017) from Pontificia Universidad del Pacífico in Lima.
IG: @verodiazh

Nicole is an MPA/ID 2023 candidate at the Harvard Kennedy School of Government. Before coming to HKS, Nicole was Director of the Research Department at Fundación Economía y Desarrollo in Santo Domingo. She holds a BS in Economics (2018) from Pontificia Universidad Católica Madre y Maestra in Santo Domingo.
IG: @nicolepena26