Home > Posts > The False Dilemma in the Argentine Election of 2021: Not Whether to Postpone or Suspend the Election, but How to Conduct It 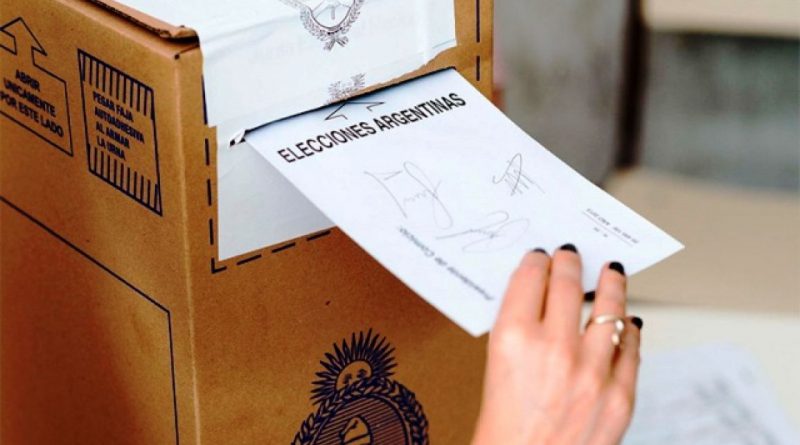 Posts
April 26, 2021April 26, 2021 argentina, Covid, elections, LAPJ, Latin America, Politics
Ivan Levy
Ivan Levy is an Advisor for Congressman Javier Campos Malbran in Argentina. He holds a J.D. Degree from the University of Buenos Aires Law School and an LL.M. from Columbia Law School as a Fulbright Scholar. He was a founding member of the University of Buenos Aires Human Rights Center, and a winner of the Willem C. Vis moot Global Rounds in Vienna in 2016.

The year 2021 is a year of national elections in Argentina. At the federal level, this election is not for President, but for Congressmen and Congresswomen. Due to the increase in COVID-19 cases across the territory of Argentina, in mid-April, the Argentine Congress announced it will debate postponing the national elections to be held in 2021. In addition, the party in power also announced it would consider suspending the primary elections (held to determine candidates for the general election) in case the political parties did not come to an agreement. As all political parties debate whether to postpone the elections, and when to hold them, or even whether to suspend the primaries, the most relevant issue remains unattended: How to conduct the elections in a safe manner.

THE EFFECT OF COVID-19 ON ELECTIONS GLOBALLY

The statistics from the Institute for Democracy and Electoral Assistance (IDEA) reflect that indeed the COVID-19 pandemic has forced a significant number of States to adjust their electoral calendar. However, because elections are the very basis of democracy, even in those States where elections were postponed, they were finally held or will be shortly taking place.

Since the pandemic outbreak, States have conducted elections with protocols to protect their population from the health risks associated with COVID-19. The traditional method of crowding millions of voters, polling station members, party representatives, and observers into voting centers within a few hours presents obvious public health risks in the midst of a pandemic. However, special voting arrangements, such as early voting, mobile voting, postal voting, and online voting were assessed based on their ability to uphold the integrity, transparency, and legitimacy of the elections.

South Korea, for instance, conducted its April election with postal voting and additional electoral days, which resulted in the highest voter turnout in three decades. None of this, it must be said, was improvised: it was planned into Korean law long before the election.

THE ARGENTINE ELECTION: PROPOSALS FOR POSTPONING AND SUSPENDING

The debate in Argentina is not currently how to conduct the elections, but whether to postpone or suspend them. Argentina is currently experiencing a high number of COVID-19 cases and has an extremely low percentage of immunized population: 1.73% (782,918 people immunized out a total population of roughly 45 million). These numbers, together with the South hemisphere winter approaching and the comparative experiences in postponing elections have led the official party to suggest postponing the elections, and even suspending the primary elections by law.

However, no political party, nor the Congress itself, has pronounced as to the study of protocols to conduct the election. The political efforts have so far been entirely allocated to the debate of suspension and postposition.

WHAT ARE THE LIMITS TO POSTPONING OR SUSPENDING? THE ARGENTINE CONSTITUTION

The Argentine Constitution only speaks to a general election and does not protect primary elections. Primary elections have been created by law, and therefore may be suspended or postponed by Congress in the same manner.

However, the Argentine Constitution does refer to general national elections, and states that Congressmen and Congresswomen are to be elected every two years, with Senators lasting for six years and Representatives for four years. These provisions may not be amended by law. Therefore, hypothetically, if elections were not to be held in 2021, one-half of the Representatives and one-third of the Senators would cease in their functions, with no one to replace them until the next election is conducted.

This is because no Senator and no Representative may continue in function for a longer period than that prescribed in the Constitution. Therefore, the Argentine national elections are to be conducted in 2021 in respect for democracy and for the Constitution, as they are the means prescribed, and unmodifiable by law, to provide for representation of the people of Argentina. Furthermore, the institutional damage that could be caused by lacking a significant number of Congressmen and Congresswomen is to be avoided.

Having established that the Argentine elections of 2021 are to be conducted, in doing so, Argentina needs to provide maximum protection to its citizens from the risks of the pandemic.

All political parties must consider the health protecting measures to conduct the election and begin that discussion before any other. Early voting and voting with an appointment are feasible alternatives, which could be coped with voting in open air spaces such as parks. Additional dates may be added to the election as in the South Korea experience. Online voting, on the other hand, may prove risky for an institutionally unstable country like Argentina, especially without a testing system in place beforehand.

All in all, democracy and the Constitution mandate the election to be conducted in 2021 for the people to elect their representatives. The real discussion around the Argentine election is not whether or when to hold the elections, but how to hold them; what are the adequate protocols to provide for the safest conditions for all citizens voting on the election. All political parties should move to the most significant debate of protocols as soon as possible to protect all citizens from the risks the election during the pandemic will entail.