Home > Published Edition > Volume 12, Summer 2022 > The infrastructure gap in Latin America and the Caribbean to reach the Sustainable Development Goals by 2030 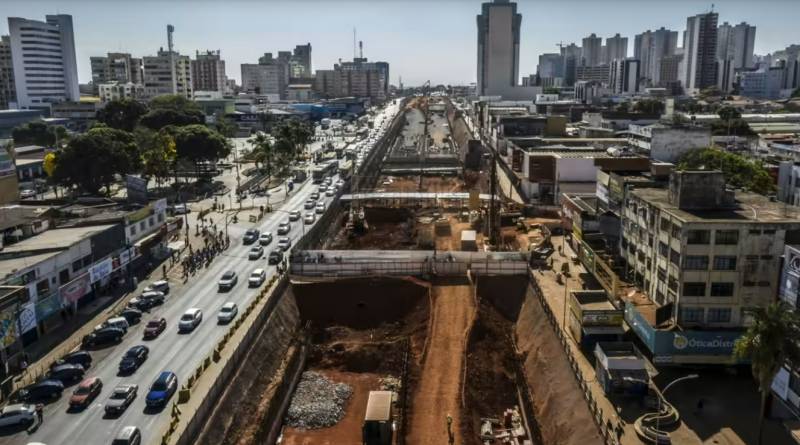 If LAC wants to close its infrastructure gap and achieve the Sustainable Development Goals (SDGs) by 2030, the region will need to significantly increase investment in infrastructure. The pre-pandemic annual investment level of 1.4% of GDP compares poorly with the 3.1% needed to close the gap. Finding innovative policies to finance them would ensure that the region can reach a productive, competitive, and inclusive future.

Achieving infrastructure-related SDGs requires a subtle combination of “hardware” and “software” initiatives. On the software side, improved digitalization, intelligent regulations, and increased competition have proven the region’s potential to provide quick efficiency gains.

But that is not enough.

The region needs to invest more in better hardware assets. The lack of fiscal space will require increasing private participation and identifying public sector savings that could be reinvested in building well-planned infrastructure to deliver essential services.

Assessing the magnitude of the infrastructure gap becomes fundamental to quantifying the level of required investment. A team of experts from the Inter-American Development Bank (IADB) conducted this exercise in 26 countries in LAC.

Results show that LAC must invest a minimum of 2.220 billion USD during the incoming decade to achieve the SDGs. The amount represents 43% of the region’s GDP in 2019 and implies a consistent investment of at least 3.1% of annual GDP (a significant increase from the average 1.8% investment over the last decade). The total costs consider investing in new infrastructure and maintaining the existing one. The latter accounts for up to 41% of the total gap.

Investment in transportation explains 47% of the identified gap. LAC urgently needs to improve its logistics performance. According to the latest edition of the Logistics Performance Index (World Bank, 2018), the general logistics performance of the region reached just 2.66 points out of 5, placing it well below Europe (3.40) and East Asia and Pacific (3.13), and only close to the Middle East and North Africa (2.78). Closing this gap requires investing at least 738 billion USD in roads, 15 billion USD in airports, and 50 billion USD in ports to improve current performance and keep infrastructure service supply in line with the expected growing demand.

LAC is the most urbanized developing region and is home to 3 of the most congested cities in the world, which harvests a widespread urban mobility problem in the region. Compared to advanced economies, LAC residents take longer to travel shorter distances. The average commute is 77 minutes compared to 65 minutes in developed countries. (Rivas, Suárez-Alemán and Serebrisky, 2019). Tackling urban mobility challenges in cities with at least 500,000 inhabitants in the region requires investing at least 80 billion USD in mass transit infrastructure. This estimate assumes that countries will rely on the most cost-effective solutions, such as Bus Rapid Transit systems (BRTs).

Despite significant gains made during the last decade, water and sanitation outcomes still vary widely within the region. While countries such as Chile and Uruguay provide almost universal access, only half the population in countries like Peru and Nicaragua have access to water under safely managed standards. Likewise, only one-third of Haitians have access to basic sanitation facilities. IADB estimates indicate that the region would need an investment of 577 billion USD in electricity infrastructure, 142 billion USD in water infrastructure, and 230 billion USD in sanitation infrastructure to grant universal access to high-quality and environmentally sustainable standards for the LAC population in 2030.

Digital connectivity is an increasingly important input for a productive and competitive economy. Lags in adopting telecommunication technologies will be increasingly costly and may create bottlenecks for the development of critical activities like education, government, and health.

Quality matters. Providing connectivity under modern standards is crucial because data transmission capacity determines its possible applications. IADB estimates suggest that providing access to broadband at home and 4G coverage at OECD levels requires investing at least 293 billion USD by 2030. Even though this investment is primarily done by the private sector, IADB highlights the possibility of public action, which can play a significant role by increasing competition and keeping services affordable. Chile, Perú, and Mexico provide great examples of how public policy can increase investments in this sector.

Cavallo, E., A. Powell, and T. Serebrisky, eds. (2020). From Structures to Services: The Path to Better Infrastructure in Latin America and the Caribbean. Development in the Americas Series. Inter-American Development Bank, Washington, DC.

Juan Pablo Brichetti, a citizen of Argentina, holds a MA in Public Administration from the School of International and Public Affairs at Columbia University and a MA in Economics from Universidad de San Andres in Buenos Aires. His experience includes working for international organizations (IADB, WB), governments, and the private sector in Latin America and the Caribbean providing consultation on infrastructure, macroeconomics, and public policy.

Tomás Serebrisky is the Principal Economic Advisor for the IADB’s Infrastructure and Energy Sector. His areas of expertise include the economics of infrastructure investment, logistics, public-private partnerships, subsidy policy, economic regulation, and competition law. Tomás has numerous publications in academic journals and has co-coordinated two editions of the IADB’s flagship report, From Structures to Services and Saving for Development. Tomás is a graduate of the Universidad de San Andrés (Argentina) and has a Ph.D. in Economics from the University of Chicago.