Home > Posts > (Un)smart Barrios. Should the implementation of Smart Cities be supported in Latin America? by Jennifer Bui 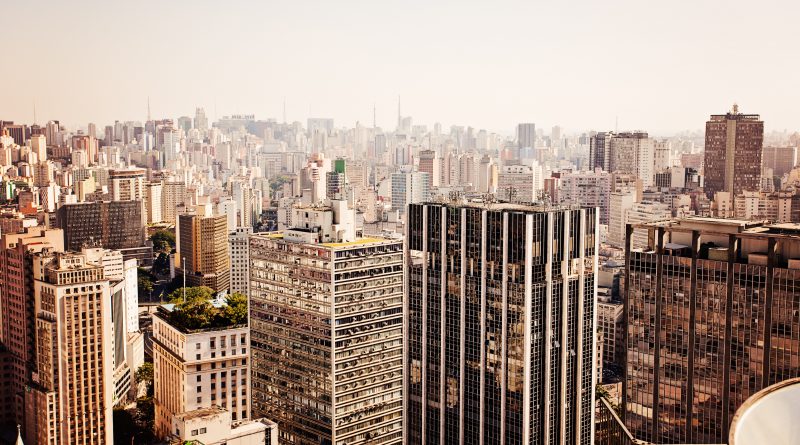 Imagine a modern city of sleek infrastructure offering the latest technological amenities for its citizens such as sensor crosswalks, free internet, electric traffic monitors, and other futuristic features. This vision of utopia is slowly, but steadily, coming into fruition in several urban cities, most notably in Singapore, Seoul, and New York. Plans to integrate smart cities into Latin America have started to form, with Smart Puebla releasing a report on the benefits of using technology and data in locations throughout Mexico to improve governance and bureaucratic responses. However, the locals in these towns have been skeptical of these changes, exclaiming that their proud, traditional cultures will be suppressed.

So what exactly is a smart city?

According to the Mckinsey Global Institute, a smart city integrates technology into infrastructure, then uses the comprehensive data network to provide improvements to the lives of citizens. These updates can impact a wide variety of issues, including security, energy, healthcare, water, and waste. Primarily, these changes allow for better regulation of services and heightened communication. For example, to improve air quality, smart city planners have proposed the installation of air quality sensors that can update the city immediately to the source of pollution, along with send real-time alerts to citizens on preventative measures.

Can smart cities help the cities of Latin America?

Yes. Latin America has several larger, urban cities that could definitely benefit from this introduction of technology. Mexico City has experienced an extremely high rate of urbanization with a total of around 22 million inhabitants living in 1484 square kilometers. This extreme movement of people towards urban areas has made Mexico City notorious for being one of the most traffic congested cities in the world. With electronic traffic monitors tracking the number of cars on the road and immediately pinpointing areas of congestion, more people and businesses can avoid these particular roads, enabling businesses and workers to better perform their duties. San Salvador is notorious for being the capital of the country with one of the highest homicide rates in the world. Issues of gang violence and repeated crime have forced El Salvadorians to flee from their homes in search of safety for their families. With the implementation of smart city technology on San Salvador, there can be real-time crime mapping, which can be helpful in determining patterns in violent activity and even predicting events before they occur. Other features could include gunshot detection, smart surveillance, and home security systems, which would all work towards lessening crime within the city. As shown, implementing technologically advanced infrastructure within the cities of Latin America can solve issues concerning the environment, transit, and crime, thus allowing for civilians to feel safer and for the city itself to have more opportunity to develop.

But what about smaller towns?

Currently, Santa Maria Tonintzla is being offered the opportunity to be developed as a smart city, to which the citizens are adamantly resisting. This small town located in Puebla, Mexico has 135 inhabitants and is known for its historic clock tower, stucco bridge, and rustic cobblestone paths. As part of the Barrio Smart initiative, Santa Maria Tonintzla would cooperate in a public-private partnership with Alianza Smart Latam, to construct a more technologically-advanced public space with safe crosswalks, free internet, video surveillance, seismic alarms, and more. However, the citizens view these developments as another malinchismo act, designed out of preference for foreigners and in disdain for traditional practices. Considering that these projects are often supported by foreign companies, such as Microsoft, GE, and Cisco, this western-centric development is not a surprise.

The Mexican smart city initiative has noticeably targeted slightly more antiquated cities that are frequented by tourists, rather than basing implementation on need or a more randomized system, showing clear preference to accommodate foreigner’s needs. Out of the 11 cities in the process of renovation, the only finished smart city in Latin America so far is in the city of Atlixco, another location that is highly reliant upon tourism and now garnished with new bike paths, security cameras, and free internet access. After one week, the town’s citizens requested that the bike path be torn down due to its lack of use. Clearly, these smart city developments are not aimed towards improving the general public’s lives, but are used as methods of advertisement in a competition to see who can draw in a bigger crowd of tourists.

So do smart cities actually help Latin America as a whole?

Maybe. Other countries outside of Latin America have been able to integrate smart city technology into their lifestyles. For example, the city Eindhoven of the Netherlands is known for being the quintessential model of tech-aided living. However, being that Latin American countries does not only consist of urban city, this point of development may not be as accommodating. The implementation of smart city technology, though utopic, is clearly out of place on a continent where citizens are facing issues of famine, poverty, crime, and climate change. Although these organizations have expressed their purpose for smart cities as solving the abovementioned problems, they make no substantial acts to do so. Initiatives, such as free Wi-Fi and bike lanes, hardly seem to be targeting these larger issues, but rather focus on making tourists’ vacations in Latin America more comfortable. In addition, even if these programs of real-time crime reports or air pollution monitors were installed, there is no guarantee the general public have the means to use them as of right now. How would a normal civilian get updates on levels of pollution on a phone app if they do not have a smart phone in the first place? The level of development in these towns is clearly not on par with the levels of personal development for citizens. Although these developments may assist larger cities in Latin America, it is unsure whether the people truly want or even need these advancements as of now.

Jennifer Bui is a junior undergraduate student at the University of Maryland, enrolled in a dual degree program to earn a joint B.A. in International Relations and M.A. in Public Policy. She focuses on Southeast Asian government and politics with hopes of working in diplomacy in that area of the world. She plans on interning at the Refugee Council, a nongovernmental organization that instigates policy proposals addressing refugee issues, in the spring. In the summer, she has been selected to be an intern for the Department of State in their East Asian Bureau. 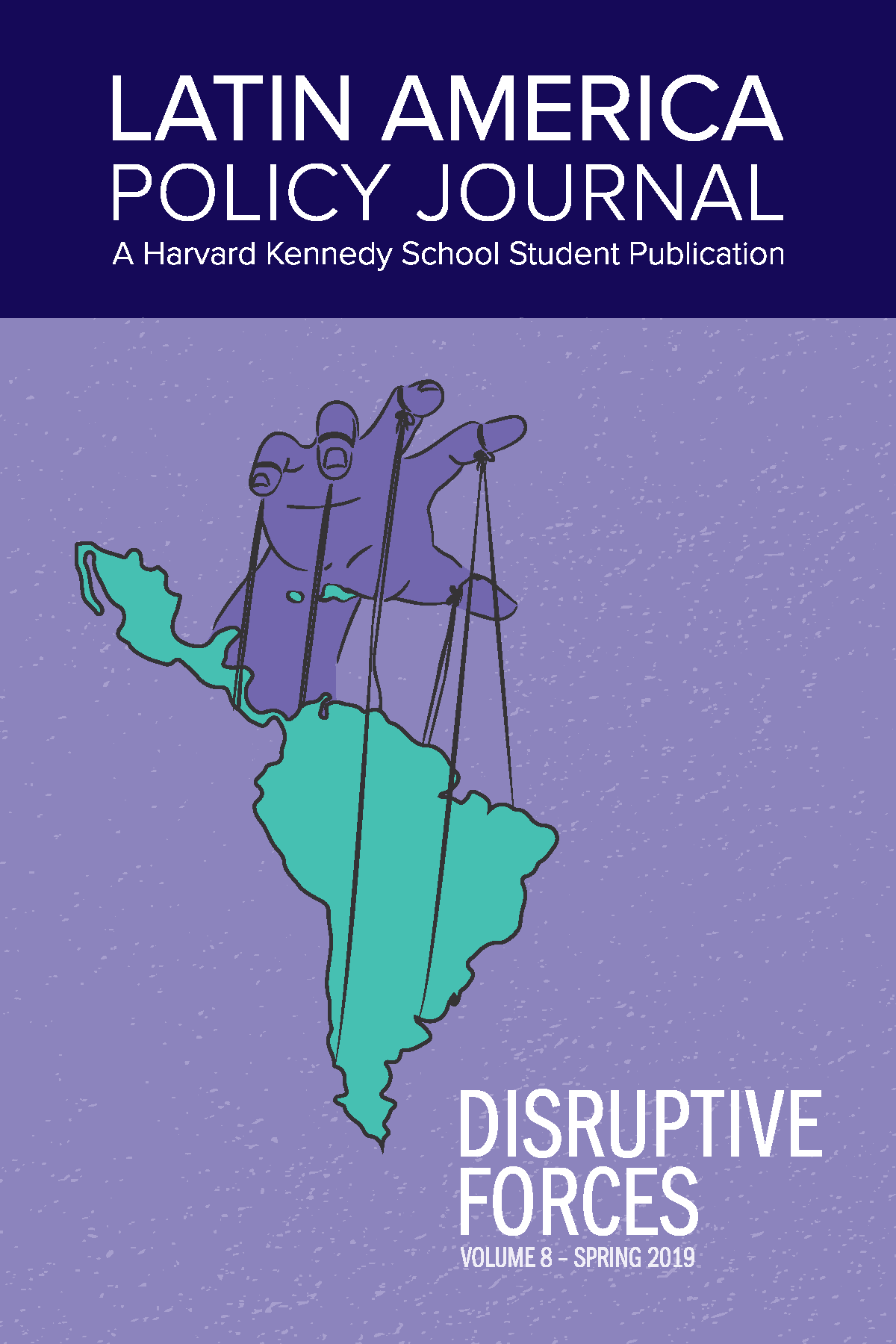