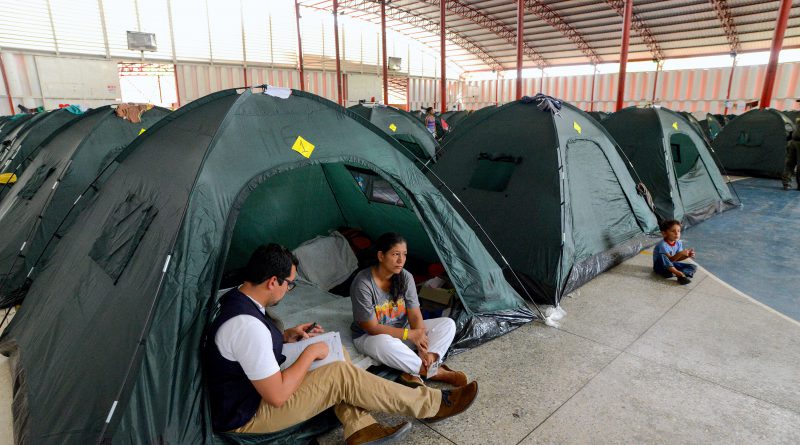 This article will appear in the forthcoming Spring 2020 edition of the Latin America Policy Journal to be released in April 2020. The original version of the article can be seen here.

Latin America has faced significant challenges and has always found ways to get ahead. The potential of Latin American countries is great and has been recognized around the world.

However, we are now witnessing a crisis that endangers the democratic progress of Latin America. Nicolás Maduro’s regime has plunged Venezuela into a dire situation where violence, scarcity, corruption, and despair are part of the daily struggle.

Since 2015, approximately 4.8 million Venezuelans have migrated—primarily to neighboring South American countries—fleeing the humanitarian, political, and economic crises in Venezuela. Among them are a total of 1,630,903 Venezuelans now living in Colombia.

Our country has welcomed our Venezuelan brothers with open arms. We have maintained a policy of support and solidarity: we signed a resolution that granted Colombian nationality to more than 39,000 Venezuelan children who were at risk of becoming stateless; we are offering health services, education (with 210,000 children studying in public schools), and work training; and we are making every possible effort to regularize the situation of immigrants and consolidate their integration into Colombian society.

Mayors and governors have been crucial to bolstering these efforts. They have worked tirelessly to serve as many migrants as possible. The general population has also done its part to alleviate the terrible situation of those who have been expelled from their homeland due to the precarious dictatorship.

Colombia has been and will continue to support Venezuelans. However, the magnitude of the migrant crisis has exceeded all national and local capacity. That is why we emphasized the importance of the support from the international community to continue the efforts to manage and regulate the flow of migration, address the humanitarian needs of the immigrant population, and promote opportunities for their socio-economic inclusion.

In December 2018, we created the Inter-Institutional Unit for International Cooperation for the Migrant Crisis to coordinate the actions of the different cooperation stakeholders, and to ensure their alignment with the priorities of the national and local authorities.

This unit works with various actors, including embassies from cooperating countries, United Nations agencies, non-governmental organizations, and the private sector. Additionally, it brings together cross-sectoral entities and institutions at the national and regional levels to identify the needs and priorities we have in this crisis.

This coordination has facilitated support from countries around the world, as well as from organizations that include the Inter-American Development Bank and the World Bank.

Furthermore, it ensures the implementation of actions that complement the efforts of the State based on the comparative advantages of implementing partners in the field. And it contributes to the nexus between humanitarian aid and sustainable development interventions.

It also emphasizes the importance of including all of the affected populations in the interventions: Venezuelan immigrants, returning Colombians, and host communities.

Integrating Venezuelan immigrants is a matter of solidarity and humanity. The lack of integration will only lead to a vicious circle of vulnerability for those seeking to flee from the opprobrious regime.

But integration is also a great opportunity for Colombia and for other countries. The immigrants are economic agents, not just workers. They are clients, entrepreneurs, and investors. Based on the current rate of growth, between 2018-2019 the number of companies created by Venezuelan immigrants will have grown by 143 percent (564 companies were created in 2018; 656 created in June 2019, and 1,388 are expected by the end of 2019).

More companies and more jobs translate into an increase in tax collection. According to some studies, this reflects the potential for additional aggregate growth (+ 0.5 percent to 0.9 percent in 2021)[1], consumption (+ 3.3 percent), exports (+ 4.4 percent) and investment (+3.5 percent).[2]

Latin America is experiencing a humanitarian tragedy and the worst migrant crisis in its history. There is no room for ambiguity here: everyone must support the Venezuelan people who have been beaten down and impoverished by the regime, and everyone must unambiguously condemn the dictatorship that has caused this terrible debacle.

We are willing to face the great challenge that has been presented to us. The support of other nations, multilateral organizations, and the private sector will be essential in reversing the situation in Venezuela. Only a joint effort will help restore Venezuelan democracy, another step toward consolidating the unstoppable democratic progress in Latin America.

Iván Duque Márquez is a Colombian politician, lawyer and current President of Colombia, in office since August 7th, 2018. He was elected Colombia’s youngest president. He is a lawyer from the Sergio Arboleda University, with major studies in philosophy and humanities. Expert in economic issues, with executive studies at Harvard, a Master in Public Policy Management from Georgetown University, and a Master in Economic Law from American University. He has served as a columnist and teacher. He served as head of the Culture, Creativity and Solidarity division of the Inter-American Development Bank (IDB), leading issues of social innovation, entrepreneurship, youth, and creative economy. He was a consultant to the IDB presidency and principal advisor for Colombia. Duque returned to Colombia to become Senator in the legislative elections of 2014 and later president of the country.

[2] Estimates from Venezuela Migration Project, according to the publication “The economic contribution of migrants, Bulletin 2, 2019,” based on figures from DNP (2018) and Fedesarrollo (2018).