Home > Blog > Venezuela: more than a brutal regime it’s an evil revolution that must be stopped, by Jose Gustavo Arocha 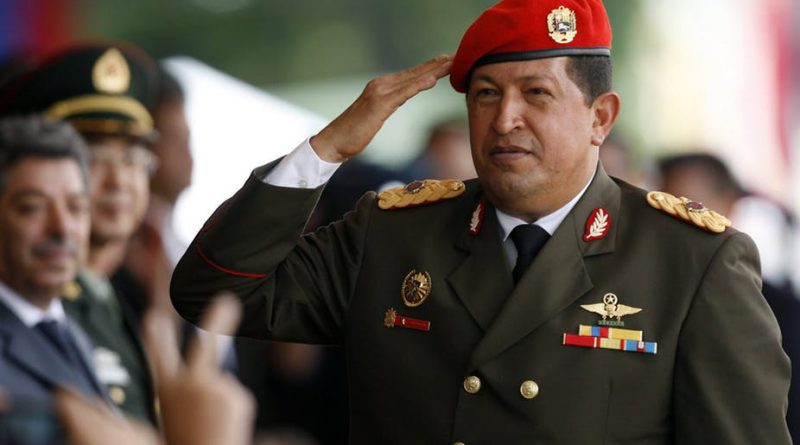 The Venezuelan crisis has become the worst humanitarian crisis in the Western Hemisphere, with more than 3 million people fleeing the country in the last few years. As conditions in the country worsen, more Venezuelans are expected to leave, causing greater instability throughout the region. Venezuela is a mixture of drug trafficking, money laundering, terrorism, kleptocracy, environmental degradation and many other crimes against humanity in the name of the Bolivarian Revolution.

This tragic crisis goes beyond the result of an incompetent government, but a wicked revolution carried out by a political-military strategy that began before Hugo Chávez rose to power.

In the 1980s, after Venezuela’s transition from military dictatorships to democracy, a subversive group within the Venezuelan military began to organize. This clandestine military group brewed a movement within the Military Academy that seduced many mid-ranking soldiers to act against President Carlos Andres Perez, inciting a failed coup d’état in 1992. Less than a decade later, in 1999, Hugo Chavez, a former Lieutenant Colonel who led the failed coup d’état, took power and started to place loyalist officers in high ranking positions of leadership across state companies and non-security related ministries, rapidly generating and increasing corruption in the Venezuelan Army.

Chávez’s lust for power used an insurgency-style revolutionary model with external support to implement profound changes within Venezuelan society and its institutions, turning a once prosperous country into a brutal tyranny.  Chavez took advantage of his charisma to promote the Bolivarian Revolution through changes in economic, social, political and military institutions— aimed at destroying the democratic and productive apparatus to impose total control by the State.

In the wake of a failed coup d’état against Chavez in 2002, the military caudillo understood the urgency of creating a contingency plan to ward against future attempts. He began to fuse the Bolivarian Revolution with criminal enterprises in the region, namely with the Revolutionary Armed Forces of Colombia (FARC)[1], to support his control of Venezuelan territory through illicit networks involved in drug trafficking, money laundering, illegal mining, and kidnapping—all under the protection of the Venezuelan Armed Forces. Chavez immediately saw the compatibility of the Marxist-Leninist credo of the Bolivarian Revolution and the anti-Imperialist objectives of rogue regimes worldwide, and armed non-state actors from the Middle East, Africa, and other countries in Latin America.

Using elements of the Venezuelan armed forces as a protective shield, the FARC added crime-terror organizations, such as Hezbollah[2] and the ELN, to accelerate illicit trade between international brokers and a network of illegal miners, with transactions taking place on the Venezuelan-Colombian-Brazilian border. These unlawful activities further enriched high ranking military officers, who trickled down the corruption into the lower ranks and created a paramilitary-state where systematic and well documented environmental and human rights abuses occur with the revolution’s complacency.

In 2013, after Hugo Chavez’s death, Nicolas Maduro rose to power. Maduro, seeking to increase support from the armed forces, established a military-owned mining company and created an exclusive economic zone for gold mining called the Orinoco Mining Arc. According to Michael Ross, director of the Center for Southeast Asian Studies at UCLA, “there is strong evidence (thirteen conflicts 1990-2000) that resource wealth has made conflict more likely to occur, last longer, and produce more casualties when it does occur.” Indeed, in Venezuela’s Orinoco Mining Arc, there is a mixture of vast natural resources, growing illicit drug trafficking, a feverish kidnapping industry, and worrisome traces of slavery and other forms of mistreatment.

The mining conflict is just one aspect of an increasingly complex crisis that has caused many regional policymakers to look for ways to transition from the Maduro regime. Several reporters have recently cited rumblings within the Venezuelan Armed Forces of a potential coup against the Maduro regime. However, given this mix of toxic ingredients in the country, it is highly unlikely that a military coup would be successful and could potentially provoke a civil war. This war, however, would be entirely one-sided and would only play to the benefit of the Maduro regime and his international allies.

Nicholas Sambanis, a researcher focused on civil wars, argues that “a sustained effective-resistance should exist to qualify a conflict as a civil war.” The Maduro regime holds the monopoly of violence in Venezuela in cahoots with various criminal and terrorist organizations. This coalition of transnational criminal corporations vastly overpowers any countervailing force, from either within the armed forces or any internal resistance.

As such, it stands to reason that a failed coup against Maduro, much like the failed coup against Chávez in 1992, will only serve to further his iron grip on the country. A more serious effort is needed to stop not just the regime, but to dismantle the revolution.

An eventual new government in Venezuela will be challenged by the immensity of the crisis it will inherit, and cannot tackle this problem alone.  A potential civil war triggered by the battle for control of natural resource wealth could be averted or contained if the region understands that this is not just a matter of Venezuela’s sovereignty over its territory, but rather a regional crisis.

Therefore, a Military Operation Other Than War (MOOTW) developed by an international coalition focusing on supporting the new civil authorities is needed to bring back security and stability. A multi-dimensional plan needs to tackle the illicit actors prevailing in Venezuela, allowing the Venezuelan military to recover territory. Only by neutralizing the threat networks that serve as the primary source of support to the Maduro regime, can we subside the Bolivarian revolution and establish a new democratic Venezuelan government, where millions of Venezuelan migrants can return to their homeland.

Jose G. Arocha is a retired Lieutenant Colonel from the Venezuelan Army and former political prisoner from 2014 to 2015. He is an MPA and Mason Fellow at the Kennedy School of Government at Harvard University.