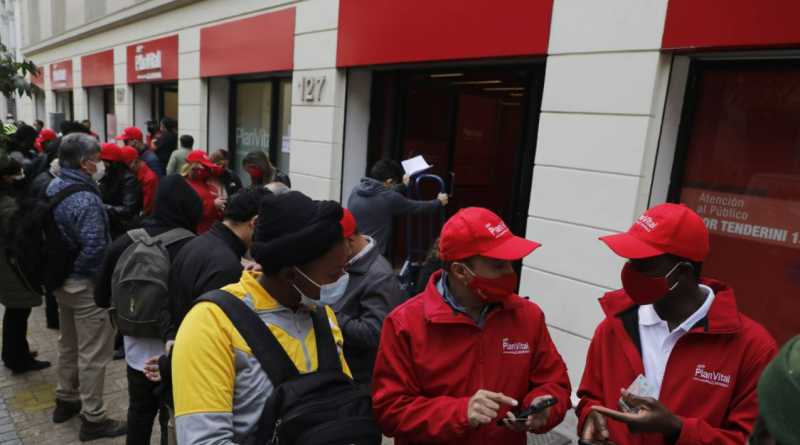 The aging process is unstoppable. We need to adapt ourselves to the demographic transition and build the right policies to deal with this. Using the population projections by the United Nations and the labor force participation by the World Bank, Latin America has 5.2 potential workers[1] per elder; by 2040, that ratio would be 3, and after 2060 would lay below 2. Chile is not the exception.  In fact, the country is below Latin America’s mean for every year of the projections, by 2040 potential workers per elder will be 2.1, and 1.4 by 2060. This relation is even worse if we adjust by formal workers, who are the people that are contributing to the system.

Understanding this data and its implications should be the first input to discuss the ideal pension scheme for any country. The demographics not just imply that a country will have older adults in a specific time, it also means that while a country is enjoying the demographic dividend, they must establish the rules and laws to take advantage of that process, incentivizing the savings, investments, innovation, creation of wealth, and, building the base for an older population once the demographic dividend ends.

The pension system in Chile is an excellent example of the discussion above, and perhaps it was the main topic in the recent Chilean elections. The system started in 1981, replacing an old Pay-As-You-Go (PAYG) system, which required at least 15 years of contributions to get a pension (people with less contributed years received no pension). The contribution was 20% of the wage, and it was unfeasible. Once Chile changed the pension system, the minimum required time for retirement was eliminated, and the contribution fell to 10% of the wages[2]. Also, a whole new process began: in this new scheme, the workers own the contributions, and the pension funds administrators have the fiduciary duty to invest that money on behalf of the workers to get a return in the long run.

After implementing the new system, the pension savings as a percentage of the GDP increased rapidly to 75.8% for 2020. This variable is the most relevant to address the strength of pension systems. Besides, for emerging countries such as Chile in 1981, this kind of scheme was (and still is) one of the critical pillars for economic development. A study from Schmidy-Hebbel and Corbo (former president of the central bank in Chile) found that the pension reform in 1980 explains 49 basis points of more economic growth every year, through three mechanisms:

Moreover, with the new system, the demand for public resources dropped notably, which allowed strengthening the no-contributory pension pillar (monthly income for the poorest with none or low savings), getting a progressive system, and almost eradicating elderly poverty, which is below 5.6%. Few emerging countries can show these results, which contradicts the common idea of a failed system. That was possible thanks to the first reform in 1981 and the proposals of the Marcel[3] commission in 2006.

Nevertheless, the early success of this system came with a curse. For more than 40 years, the government hasn’t had fiscal pressure to change the system parameters, so they decided to delay the mandatory contribution for self-workers, and keep fixed the rate of contribution and the retirement age (even when the observed return was falling as we have seen worldwide for the past years).

Those decisions have a clear negative impact on the pension assets as a percentage of the GDP, and therefore on the expected and observed pension income. The cost of this design was the misalignment between the citizens’ expectations and the actual value of the pensions. Although it seems like a contradiction, Chile has a good amount of pension savings to boost the economy as a whole, through long-term investments, but not enough to fulfill the expectations of its citizens. They need new rules to raise the pensions savings, but sadly the last decisions are doing precisely the opposite.

In 2020 Chile was facing the perfect explosive mix to blow all up. Social unrest which led to a lack of legitimacy of the government, presidency elections to come, expectations unfulfilled, covid and the pension system in the center of the discussion; the Congress used all these as a platform for one of the most adverse policies in Chile: the withdrawals of the pension savings.

It is interesting to see that the real problem was associated with decisions that slowed the phase of savings growth. Instead, Congress approved three withdrawals, which led to a destruction of a big part of the savings (estimates near to USD 50 billion) and, of course, long-term investments. The discussion is not over, and after the presidential elections in December, the winner Gabriel Boric has proposed a system without pension funds administrators, where the property of the savings does not lay on the workers. Also, it is unclear what will happen with the actual savings and if they want to implement a “new” PAYG scheme.

Some positive changes were implemented recently in Chile. This year the country approved a new guaranteed universal pension, increasing the value of subsidies and the beneficiaries of the solidarity pillar, which will allow to increase the income for the elder and continue the task of eradicating elder poverty.

The main problem is that the discussion is converging on short-term impacts. Still, always around these topics, it is critical to study the long-term projections to understand the effect on the next generation of workers. For example, with a contribution rate of 16%, assuming the formal labor rate holds constant, the mean replacement rate, which is the proportion between the pension and the last wage, converges to 25% in 2030, 16% in 2050, 13% in 2060. If Chile wants to have a PAYG system in equilibrium, the workers will pay more (16% in this example) than the expected pension as a percentage of their wages. That is how aging is affecting the PAYG systems across the world.

Destroying one key pillar of Chilean economic development by taking away the savings that workers made for +40 years, and returning to a PAYG system, could be the first steps to a no-return path that would end in one of the costliest decisions for all the Chileans. This year will unveil that path, and those decisions could guide the subsequent discussions in the region for better or for worse.

[2] People with less than 15 years now obtain a pension, and who have more than 15 years the pension is comparable with the pension that they received in the old PAYG scheme, but now with a half of the contribution.

[3][3] As a reference of the leader of this commission Mario Marcel, who was designed as new ministry of finance in Chile for the next period.

Jorge Llano holds a Bachelor’s degree and MSc. in Economics, and he is an MPA candidate from Columbia University. With over 11 years of professional experience, he is former Chief Economist at Asofondos; he worked in the public sector, particularly at the Ministry of Finance and the National Planning Department, and in academia as a researcher and teaching assistant. He has published papers on topics such as pensions, economic crisis, and social policy.
IG: @jorgellano16
Twitter: @jllanosala