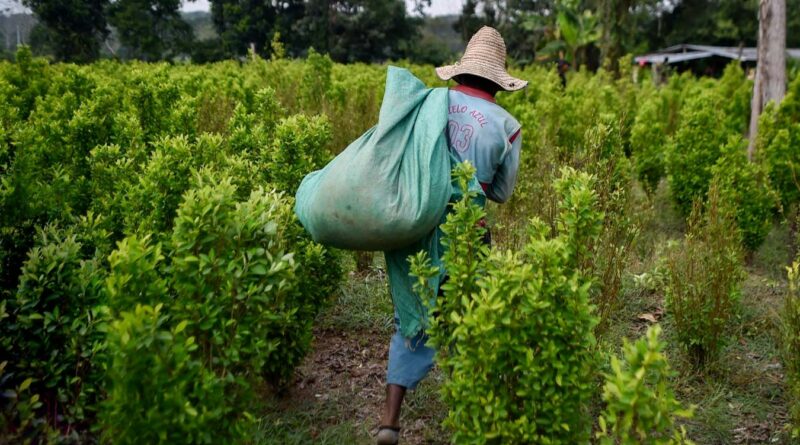 I could feel the bass of the music thumping in my thoracic cavity. The soles of my shoes were sticky with the beer that had spilled on the floor when I saw Eva inhaling a line of white powder off the kitchen countertop. She looked up at me; her pupils dilated to the point where it was hard to see the characteristic blue of her eyes, and her face was clammy with sweat. Dilated pupils. Clamminess. Bursts of euphoria. Those were some of the effects of cocaine that Eva was feeling. What she could not feel were the other effects of cocaine. Deforestation. Toxic waste. Forced displacement. Murder.

I had never seen anyone consume cocaine which is ironic considering the effect it has had on my life and the lives of 50 million other Colombians.  It is also ironic that the first time I would see someone “do a line” would be at a party in a US university that claims to “educate the leaders…that this moment in history demands” (HKS).

Cocaine is synonymous with the party culture on many college campuses and graduate programs, a dissonant practice by a generation that self-recognizes as conscientious consumers, investigating the manufacturing practices of the garments they wear, the livelihood of the animals they eat, and the carbon footprint of vacations they take (Bayne).

But the issue of cocaine consumption surpasses prestigious contexts: 874,000 people in the US say they have tried cocaine for the first time in the past year, and a shocking 1.5 million Americans between 25 and 34 regularly consume cocaine (Miroff). Cocaine consumption by young people is a major inconsistency in a generation that prides itself on its social and environmental sensibility (Kilmer).

Beyond the effects cocaine use might have on an individual’s health, there is a moral imperative to understand the social and environmental impact of cocaine in a country like Colombia, the source of 90% of the cocaine consumed in the US (Crisis Group).

Colombia’s civil war is the Western Hemisphere’s longest ongoing conflict (International Center for Transitional Justice). It has displaced over 8 million people, and almost one million people have been killed (UNHCR).  The number of Colombians who have had to flee their home due to drug-financed violence is twice as high as the refugee crisis of Syria, Afghanistan, and Ukraine combined (UNHCR).

Counterintuitively, the Peace Treaty signed in 2016 between the government and the then terrorist organization FARC led to an increase in cocaine production. FARC’s departure from cocaine production left a void in the highly lucrative market, which was filled by multiple gangs (UNODC). This is why six years after signing the Peace Treaty, Colombia is still one of the most dangerous countries in the world (World Population Review). This violence is carried out by illegally armed groups financed by cocaine production and commercialization (Cubides).

An estimated 143,000 hectares—about half the size of Rhode Island—of native Colombian rainforest were cut down in 2021 to plant coca (Carranza Jimenez). This depletes the world of one of its primary carbon traps accelerating the impending climate crisis. One kilo of cocaine creates 600 kilos of waste and 200 liters of water contaminated with toxins, including kerosene, ammonia, and sulfuric acid (Guardian). This impacts the health of 17 million Colombians and endangers thousands of plants, insects, and animals important to the biodiversity of the local biosphere.

The social and environmental situation is worsened by the “War on Drugs”. Glyphosate, the active ingredient in Monsanto’s Roundup, has been fumigated from airplanes indiscriminately as a governmental effort to eradicate coca plantations. This has led to the poisoning of animals and water sources, contaminated food crops, and increasing cancer rates among the population (Ministerio de Salud y Protección Social).

Many of the negative social and environmental impacts of cocaine could be addressed through cross-national drug legalization—a far-off and unlikely scenario. In the short term, it is paramount to inform individuals like Eva of the larger implications of their drug consumption. Coke users must realize that every time they “do a line” they are sponsoring human rights violations and environmental destruction in Colombia.  Just like blood diamonds were “canceled” due to the atrocities surrounding their production, cocaine consumption must be categorically rejected; otherwise, users of this “recreational drug” risk forfeiting claims to social and environmental sensibility.

International Center for Transitional Justice. (2009). An overview of CONFLICT in Colombia – international center for … Focus: Colombia. Retrieved July 7, 2022, from https://www.ictj.org/sites/default/files/ICTJ-Colombia-Conflict-Facts-2009-English.pdf

Amelia Rey Bonilla worked for the past 10 years in public health and served as Director of Collective Health of Bogotá championing reproductive rights and leading the single largest reduction in teen pregnancy in the history of the city. She is currently a candidate for the Mid Career Master’s in Public Administration and a Mason Fellow at Harvard’s Kennedy School of Government.
Twitter: @areybonilla